Israel has 261 startup accelerators as of late June 2016, according to the IVC Research Center in Tel Aviv, a private research firm that tracks trends in Israeli high-tech, venture capital and private equity.

By the time you read that sentence, the number is sure to be higher.

Only last October, IVC reported that Israel had 207 accelerators. The first accelerator in Israel was Genesis Partners’ The Junction in Tel Aviv, which launched in March 2011. So it’s no exaggeration to say that the growth of accelerators in Israel is extraordinary.

As their name indicates, accelerators help early-stage companies scale up. They enable angels and VCs to invest small amounts of money in many startups at once, and to identify the most promising ventures.

The Seed Accelerators Ranking Project at MIT defines an accelerator as a fixed-term, cohort-based program that includes educational and mentorship components and culminates in a public pitch event or “demo day.” This year, it identified 150 US accelerators fitting that definition.

By contrast, incubators help entrepreneurs build business plans from raw innovative ideas. Incubators are also plentiful in the startup nation, but their number is perhaps half that of accelerators — although there is some overlap.

Accurate statistics on startup accelerators worldwide are hard to come by. AngelList’s newest online compilation of 598 accelerators around the world includes only two in Israel, indicating that the number is way underestimated.

IVC Research Center CEO Koby Simana could not say definitively whether Israel’s accelerator scene is growing at a faster clip than elsewhere. However, the constantly and rapidly rising numbers clearly point to an Israeli accelerator boom.

“This is surely a manifestation of the huge number of startups that are born every year in Israel and a serious commitment by the community of CEOs, serial entrepreneurs, and prominent investors, to contribute to the industry as mentors, ” Anya Eldan, General Manager, Early Stage Division at the Israel Innovation Authority, tells ISRAEL21c. 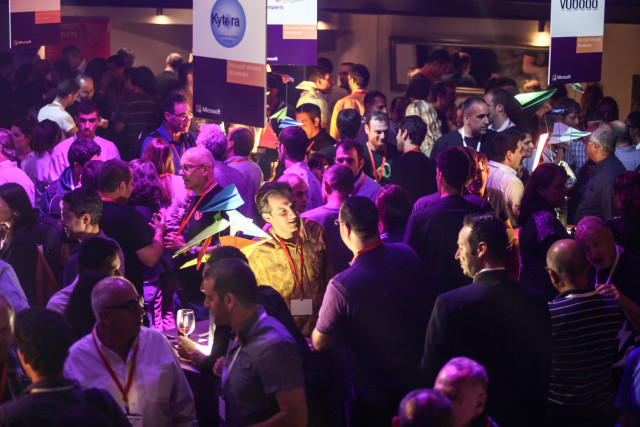 “First are corporate-run accelerators that serve as a gateway for the corporation to touch base with industry, ” he says. Examples include IBM Alpha Zone in Petah Tikva, The Bridge by Coca-Cola in Tel Aviv and Barclays TechStars Accelerator in Tel Aviv.

“Second are investor-run accelerators founded by VCs or corporations that want to invest in — rather than cooperate with — early-stage startups that have a solid business plan and team, ” says Simana. Examples are Janvest Seed Lab in Netanya and AltaLab in Herzliya.

The third type of Israeli accelerator is affiliated with a university or college, such as StarTAU and EcoMotion at Tel Aviv University, BizTEC at the Technion-Israel Institute of Technology, Inno-Negev at Ben-Gurion University, and HUstart at the Hebrew University of Jerusalem.

The fourth kind of accelerator is sponsored wholly or partially by government or municipal bodies, such as Siftech in Jerusalem, Herzliya Accelerator Center,   The Library in Tel Aviv, RishonStartUp in Rishon LeZion and hiCenter in Haifa.

The final model caters to a specific population. For example, KamaTech in Bnei Brak and Yazam BaLev in Jerusalem accelerate startups led by ultra-Orthodox (haredi) entrepreneurs; and nazTech and Hybrid in Nazareth accelerate Arab-Israeli startups.

“About 80% of the accelerators are Israeli, but we also have foreign ones like MassChallenge, 500 Startups and UpWest Labs, ” notes Simana.

Several accelerators in Israel are associated with foreign governments, such as TechCode (China) and Lublin Science and Technology Park (Poland), both in Tel Aviv.

Gust.com’s 2015 report on the Middle East accelerator scene revealed that in terms of investment, Internet of Things startups are in first place, “with 80% of accelerators reported to have an interest in investing in startups from this field.”

In addition, many Israeli accelerators focus narrowly on specific areas such as the construction industry, the disabled community, and businesses headed by new immigrants or members of minority groups.

Ben-Gurion University of the Negev is launching Inno-Negev, a technology accelerator that will provide startups and high-tech entrepreneurs with support and essential tools to increase viability and develop abilities More…

Barclays to Launch Accelerator in Israel

Barclays is the newest company to set up an accelerator in Israel. The global bank has announced that it will open a Tel Aviv branch of its Rise accelerator program in March 2016. This past July, Barclays introduced More…

Israeli startups Hi-Park and n-Join have been selected to join a European startup incubator from Intel, Cisco and Deutsche Telecom called Challenge Up. n-Join offers a service which it promises will make More…

Samsung is founding a startup accelerator in its development center in the Yakum industrial park. Yossi Smoler, innovation manager at the Samsung R&D center is in charge of the accelerator. Samsung is currently More…

Apparently, something has been opened in the Israeli Haredi community, which is being encouraged now to seek education and work in the society at large, and whose members are flocking in droves More…

The management of MassChallenge, the biggest start-up accelerator in the world, located in Boston, has chosen to launch its 2015 round in Jerusalem. It’s possible that this process will lead to the establishment More…

New Accelerator to Raise Money via Singapore for Israeli Startups

A new program for Israeli startups is based on cooperation between StartupEast, a new bilateral Israel-Asian accelerator, and NUS (National University of Singapore) Enterprise Incubator, which is considered to More…

Medicope, an Israeli startup which offers an app that allows patients and caregivers to assess their ability to cope with serious illness, is one of only eleven companies to have been chosen to participate in Microsoft’s More…

IBM Holding Its First Ever Accelerator Program for Startups in Israel

In this article:Finance, Israeli Technologies