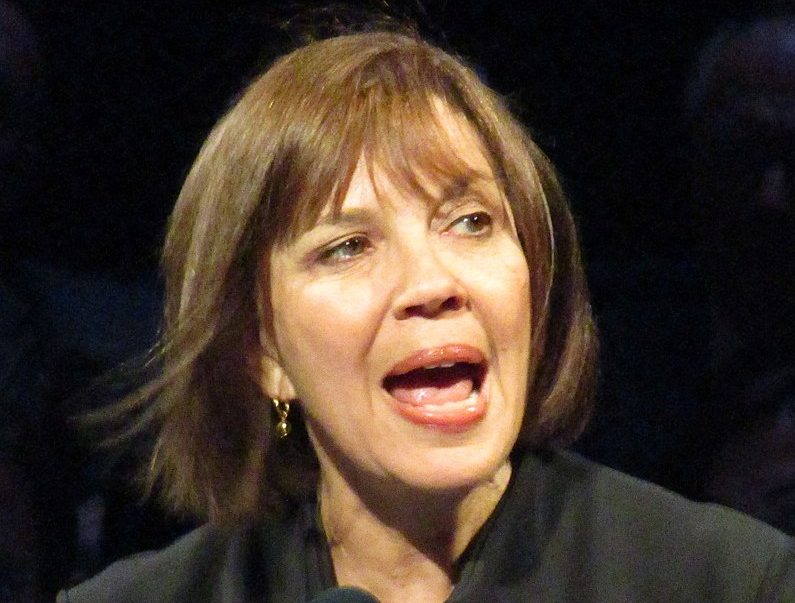 Judith Miller is continuing on her book tour / campaign to rehabilitate her reputation. Last night she dropped by The Daily Show.

Her new book is called The Story: A Reporter’s Journey. In it she talks about her career and how she spent a record amount of time in jail on contempt charges for refusing to reveal a source.

Miller, whose father was Jewish, is best remembered – or despised depending on your point of view – for having bought all of the information the Bush Administration provided her back in the run up to the invasion of Iraq in 2003. She reported on all of its claims as to Iraq having had a weapons of mass destruction program.

She was later fired by the New York Times because she was believed to have not done her homework and taken the Bush Administration at its word. She recently made waves by sarcastically writing that she single handedly was responsible for the invasion of Iraq and for saying that all of the U.S. intelligence agencies agreed that Iraq had WMDs. The last part is hotly disputed.

Last Friday night she butted heads with Bill Maher who challenged the writer on her claims.

Last week Miller was a guest of Chris Hayes on MSNBC. When asked about her Iraq reporting she said, “I don’t feel guilty. I feel that, as a reporter, I did the very best job I could to disclose to the American people some of the intelligence information that the president and the former vice president got that helped them form their decision to go to war.”

When Hayes pressed, “But you don’t feel that you played some role in bringing that about? You genuinely don’t think that?”

Jon Stewart took a similar tack with Miller last night. He opened by saying, “I believe that you helped the administration take us to, like, the most devastating mistake in foreign policy that we’ve made in, like, 100 years, But you seem lovely.”

Miller defended herself saying, “That’s why I wrote the book. I hoped that people like you would read it and determine that it was really, really hard to do this kind of reporting.”

“I wasn’t alone, I had lots and lots of company. The intelligent sources we were talking to had never been wrong before, ” she added.

When asked directly by Stewart if she felt that she had been manipulated, Miller answered, “All journalists are manipulated and all politicians lie — they all try and spin.”