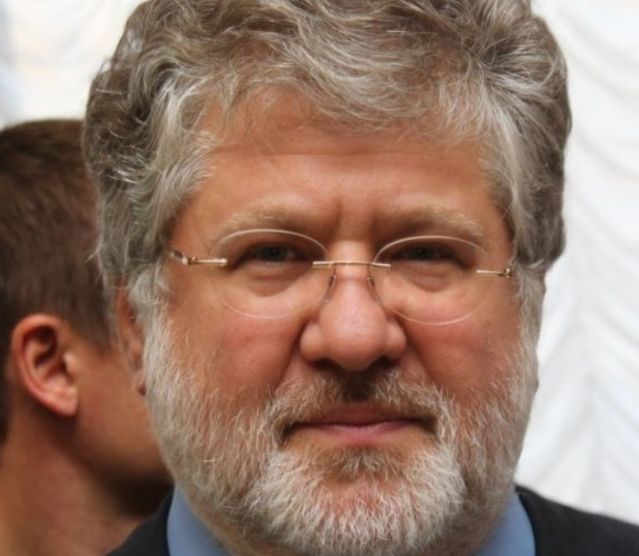 Ukrainian Jewish billionaire businessman Igor Kolomoisky, now the governor of the Dnepropetrovsk region, is reported to have barricaded himself inside the headquarters of Ukrainian oil and gas company Ukrnafta in Kiev, Sputnik News reported.

Some ten men hiding with Kolomoisky have apparently placed metal barriers at the entrance to his headquarters, according to the Fascebook page of Poroshenko Bloc MP Sergei Leshenko.

Last week, Kolomoisky advocated that the Ukraine should not apply for loans from the International Monetary Fund, before all its “illegally privatized” property is taken back by the state.

“The Ukraine is going around begging for money . . . and here is money that is due to the state. Return these enterprises, put them up for sale in an open tender and you will get 10 times more than you did” before, he said.

Kolomoisky’s idea was a political bombshell, and not accepted politely by other tycoons, who have grabbed those state assets for a song 10 and 15 years ago.

Ukrainian politician and former Dnepropetrovsk businessman Oleg Tsarev warned on Saturday that the skirmishes involving corporate raids, hostile takeovers and the siphoning of state wealth may soon turn into a battle of bullets and bombs in the streets of Kiev.

Tsarev’s blog for independent broadcaster Echo Moskvy warned that the conflict between Poroshenko and his fellow tycoons “is ready to turn into open warfare.”

In Tsarev’s view, “the two sides are ready for such a scenario, which is why today there are special forces in the center of Kiev, and the territorial battalions Kiev-1 and Kiev-2 have been activated. We also know that Ministry of Interior forces are ready to head to Dnepropetrovsk. Igor Kolomoisky has brought his own Dnipro battalions to combat readiness. They now consist of up to fifteen thousand fighters, and a few days ago Kolomoisky ordered them to triple their number.”