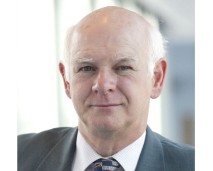 The eurozone’s survival is in doubt again, as Greece demands debt forgiveness and an end to austerity – or else. But, though Europe’s currency union is at risk, and its banking union remains at an early stage of development, the endlessly creative European Commission is embarking on another adventure: a so-called “capital-markets union.”

That “so-called” is appropriate, because the project, despite being only vaguely defined at this point, is most certainly not intended to create a single European capital market. Indeed, European Union leaders know better than to announce such an ambition, which would require a new treaty – no one is prepared to open up that can of worms. After all, European voters are in no mood to transfer more powers to Brussels.

The capital-markets union actually began as a slogan, coined by one of EU Commission President Jean-Claude Juncker’s acolytes. Now, the new financial markets commissioner, the United Kingdom’s Lord Jonathan Hill, has been assigned the unenviable task of putting flesh on bare bones. The Commission’s“Green Paper” consultation round on the subject produced more questions than answers.

Think tanks, lobby groups, and national regulators have wasted no time in trying to influence Hill’s efforts, and to head off any initiatives that might damage their interests. The Bank of England has argued that there should be no replication of the banking union grant of new powers to the European Central Bank at the expense of national central banks. The capital-markets union, the BOE argues, “does not require institutional change, ” so no super-regulator should be created.

The Commission has accepted that conclusion for now, though one of Hill’s aides has suggested that, “at some point…supervisory issues will pop up.” In fact, establishing a European version of the US Securities and Exchange Commission is a longstanding aim of the Brussels Eurocracy – one that may be achieved one day, but not just yet.

But before delving into institutional issues – a favorite topic of EU veterans – one should consider what problem the capital-markets union is supposed to solve. And here, there is considerable agreement.

Most regulators and market participants agree that Europe’s financial markets are dysfunctional. With banking assets amounting to roughly 300% of EU-wide GDP, compared to some 70% in the United States, large pools of savings are being left unused.

Moreover, European companies receive an excessive 80% of their finance from banks and less than 20% from capital markets (the proportions are roughly reversed in the US). The need to redress that imbalance has become increasingly evident since the recent financial crisis, as banks’ efforts to rebuild their capital bases (and meet stricter regulatory requirements) has led to credit rationing. Loosening that constraint on output growth would improve the European economy’s resilience, encourage risk-taking, and promote dynamism.

The overall aim of the capital-markets union is thus relatively straightforward. But achieving it is not – in no small part because Europe’s heavy reliance on bank finance stems from structural and cultural factors. And the remedies that the Commission has suggested so far – for example, encouraging crowdfunding and standardizing the terms of securitization – appear unlikely to promote rapid growth in non-bank finance.

Promoting a pan-European private placement market might help, as would aligning standards for covered bonds. But both strategies would face serious legal obstacles.

Indeed, though Hill’s modest initial agenda certainly would do no harm (and should be pursued as quickly as possible), any substantial measures beyond it would confront major roadblocks. For example, harmonizing insolvency regimes across the continent and reducing tax incentives that favor debt over equity, while entirely logical, strike at the heart of member states’ remaining sovereignty, and thus will be extremely difficult to push forward. Some of the other ideas that Hill has floated, such as relaxing the capital standards for long-term investments, run counter to the EU solvency standards for insurers and pension funds that will be implemented next year.

Some old nags have also been dragged out of the stables for another run around the course. “Streamlined” prospectuses and exemptions from some accounting standards for small companies have been tried before in individual countries – and have failed. Looser standards for issuers weaken protection for investors, and there is evidence that lax regulation of new issues may reduce investor demand for them, raising the cost of finance.

Unless the political mood changes radically in Europe – an unlikely development – it would be unrealistic to expect the capital-markets union to be anywhere near as transformational as the banking union has been. It will be, at best, a small disturbance, in which few national sacred cows are slaughtered.

What began as a slogan may turn out to be helpful. But a capital-markets union is highly unlikely to end Europe’s love affair with its banks. The biggest impact on market structure will continue to come from ever-rising capital requirements, which will make bank credit more expensive and encourage borrowers to look elsewhere.
Howard Davies, former Chairman of Britain’s Financial Services Authority, Deputy Governor of the Bank of England, and Director of the London School of Economics, is a professor at Sciences Po in Paris.