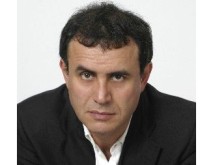 An increasingly obvious paradox has emerged in global financial markets this year. Though geopolitical risks – the Russia-Ukraine conflict, the rise of the Islamic State and growing turmoil across the Middle East, China’s territorial disputes with its neighbors, and now mass protests in Hong Kong and the risk of a crackdown – have multiplied, markets have remained buoyant, if not downright bubbly.

Yes, financial markets in troubled countries – for example, Russia’s currency, equity, and bond markets – have been negatively affected. But the more generalized contagion to global financial markets that geopolitical tensions typically engender has failed to materialize.

Why the indifference? Are investors too complacent, or is their apparent lack of concern rational, given that the actual economic and financial impact of current geopolitical risks – at least so far – has been modest?

Global markets have not reacted for several reasons. For starters, central banks in advanced economies (the United States, the eurozone, the United Kingdom, and Japan) are holding policy rates near zero, and long-term interest rates have been kept low. This is boosting the prices of other risky assets such as equities and credit.

Second, markets have taken the view that the Russia-Ukraine conflict will remain contained, rather than escalating into a full-scale war. So, though sanctions and counter-sanctions between the West and Russia have increased, they are not causing significant economic and financial damage to the European Union or the US. More important, Russia has not cut off natural-gas supplies to Western Europe, which would be a major shock for gas-dependent EU economies.

Third, the turmoil in the Middle East has not triggered a massive shock to oil supplies and prices like those that occurred in 1973, 1979, or 1990. On the contrary, there is excess capacity in global oil markets. Iraq may be in trouble, but about 90% of its oil is produced in the south, near Basra, which is fully under Shia control, or in the north, under the control of the Kurds. Only about 10% is produced near Mosul, now under the control of the Islamic State.

Finally, the one Middle East conflict that could cause oil prices to spike – a war between Israel and Iran – is a risk that, for now, is contained by ongoing international negotiations with Iran to contain its nuclear program.

So there appear to be good reasons why global markets so far have reacted benignly to today’s geopolitical risks. What could change that?

Several scenarios come to mind. First, the Middle East turmoil could affect global markets if one or more terrorist attack were to occur in Europe or the US – a plausible development, given that several hundred Islamic State jihadists are reported to have European or US passports. Markets tend to disregard the risks of events whose probability is hard to assess but that have a major impact on confidence when they do occur. Thus, a surprise terrorist attack could unnerve global markets.

Second, markets could be incorrect in their assessment that conflicts like that between Russia and Ukraine, or Syria’s civil war, will not escalate or spread. Russian President Vladimir Putin’s foreign policy may become more aggressive in response to challenges to his power at home, while Jordan, Lebanon, and Turkey are all being destabilized by Syria’s ongoing meltdown.

Third, geopolitical and political tensions are more likely to trigger global contagion when a systemic factor shaping the global economy comes into play. For example, the mini-perfect storm that roiled emerging markets earlier this year – even spilling over for a while to advanced economies – occurred when political turbulence in a few countries (Turkey, Thailand, and Argentina) met bad news about Chinese growth. China, with its systemic importance, was the match that ignited a tinderbox of regional and local uncertainty.

Today (or soon), the situation in Hong Kong, together with the news of further weakening in the Chinese economy, could trigger global financial havoc. Or the US Federal Reserve could spark financial contagion by exiting zero rates sooner and faster than markets expect. Or the eurozone could relapse into recession and crisis, reviving the risk of redenomination in the event that the monetary union breaks up. The interaction of any of these global factors with a variety of regional and local sources of geopolitical tension could be dangerously combustible.

So, while global markets arguably have been rationally complacent, financial contagion cannot be ruled out. A century ago, financial markets priced in a very low probability that a major conflict would occur, blissfully ignoring the risks that led to World War I until late in the summer of 1914. Back then, markets were poor at correctly pricing low-probability, high-impact tail risks. They still are.

Nouriel Roubini is Chairman of Roubini Global Economics and a professor at New York University’s Stern School of Business.