In the beginning of June,  Carl Icahn disclosed he had taken a 9.4% position in US discount retailer Family Dollar Stores Inc. He said at the time that he believed its shares were undervalued and that he hoped to have conversations with the company to help generate returns for its shareholders.

Family Dollar Stores, which has been under performing in recent quarters, and which reported another disappointing quarter recently, got the message and, before Icahn could do the job for them, are now hooking up with one of their competitors.

The transaction is presently expected to close early in 2015. Both companies are currently listed on NASDAQ, and Family Dollar Store shareholders will receive at closing, for each Family Dollar share they own, $59.60 in cash and $14.90 equivalent in shares of Dollar Tree, subject to the following collar: Family Dollar Store shareholders will own no less than 12.7% and no more than 15.1% of the outstanding common stock of Dollar Tree after the deal has closed, with the variation depending on fluctuations in the Dollar Tree share price at that time.

This agreed transaction values Family Dollar Stores shares at approximately $8.5 billion and sets an an enterprise value for the company of approximately $9.2 billion, including debt assumed. It also represents a multiple of enterprise value to the company’s earnings before deducting interest, taxes, depreciation and amortisation (EBITDA), for the twelve months ending May 31, 2014, of 11.3 x.

Dollar Tree intends to finance the acquisition through a combination of existing cash on hand, bank debt and bonds. In connection with the transaction, Dollar Tree has received a financing commitment from JPMorgan Chase Bank, N.A. with a bank debt syndication and bond offering expected to occur prior to closing.

The transaction is still subject to Family Dollar Stores stockholder approval, and as well expiration or termination of the applicable waiting period under the Hart-Scott-Rodino Antitrust Improvements Act and other customary closing conditions.

“This is a transformational opportunity, ” stated Bob Sasser, Dollar Tree’s CEO. “With the acquisition of Family Dollar Stores, Dollar Tree will become a leading discount retailer in North America, with over 13, 000 stores in 48 states and five Canadian Provinces, sales of over $18 billion, and more than 145, 000 associates on our team. We will continue to operate under the Dollar Tree, Deals, and Dollar Tree Canada brands, and when this transaction is complete, we will operate under the Family Dollar brand as well.”

Howard Levine, who is Chairman and CEO of Family Dollar Stores, will remain with the company and report directly to Bob Sasser. Upon closing, Howard will also become a member of the Dollar Tree Board of Directors.

Howard Levine commented on the deal, “For more than 54 years, Family Dollar has provided value and convenience to customers. Dollar Tree also has a rich history of providing great value to customers, and together, as one company, we can provide more customers with even greater value and convenience. Today’s announcement represents the successful culmination of a comprehensive strategic review process that our Board of Directors, working with its financial and legal advisors, began this past winter. While this assessment of alternatives included consideration of a number of potential partners, we are pleased to conclude this process with the announcement of this compelling transaction with Dollar Tree, which our Board has unanimously determined to be in the best interests of our shareholders.”

Doubtless Carl Icahn will be pleased, and he will have picked up a useful profit along the way. So will Nelson Peltz who made a half hearted run at the company himself in 2011 after picking up a 7.9% position, only to agree to moderate his demands in exchange for a seat on the board for his Trian Fund Management. Today Trian still holds a 7.3% position so Peltz should do ok as well. 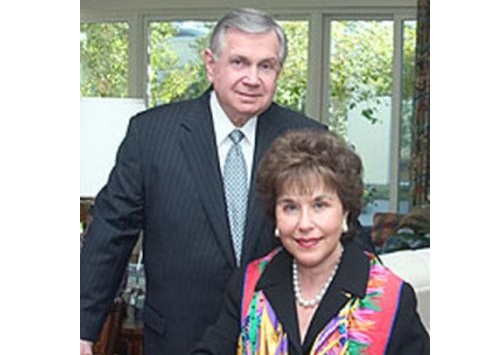 Leon Levine, the founder,  was born in Rockingham, North Carolina where his father was the owner of the city’s general store. Even as a young boy Levine would go to help out at the store, displaying an aptitude for retailing at a very early age. Unfortunately, Levine’s father passed away very suddenly in 1949  when Leon was just twelve years old, leaving Levine’s older brother Sherman in charge of the store with the younger Levine handed the role of second in command. In 1951 Sherman Levine was drafted into the US Army to take a part in the Korean War, leaving Leon alone to run the busy store when just fifteen years old.

Thankfully Sherman returned home unscathed from Korea, and Leon stood down, having gained invaluable experience in all aspects of retailing as well as the realization that he had the desire and the ability to succeed in a venture of his own.

After a couple of years of trial and error, in 1959, when aged just 21 Levine founded his first Family Dollar store in Charlotte, North Dakota with the whole marketing concept being based around selling a wide variety of items that would cost no more than $2.00 each.

Thanks to Levine’s vision and undoubted entrepreneurial skills, the Family Dollar Stores, Inc. group went from strength to strength, now operating more than seven thousand retail outlets across the United States, with their stocks being traded on the New York Stock Exchange from 1979 onwards.

Even before retiring, Leonard and his wife Sandra have involved themselves in a variety of charitable and philanthropic causes within the state of North Carolina with the Levine Center for Wellness and Recreation being their most recent, but certainly not their last.