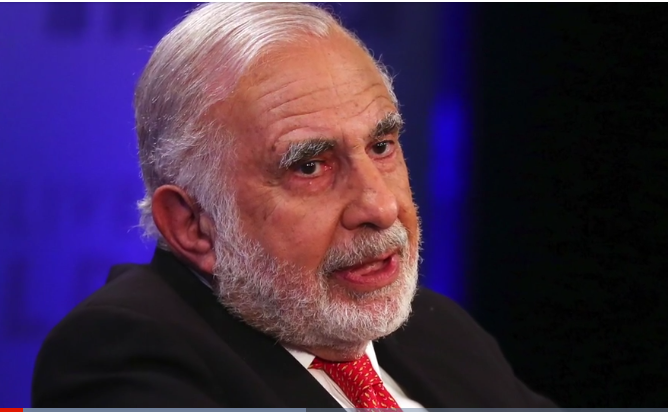 With the Dow recently hitting historic highs amid a few hiccups late last week because of worries about Portugal’s banks, Carl Icahn thinks that the bull market might soon hit a wall. Last Thursday, billionaire investor Carl Icahn told Reuters, “In my mind, it is time to be cautious about the U.S. stock markets. While we are having a great year, I am being very selective about the companies I purchase.”

Icahn’s statement comes at the beginning of another round of high-profile earnings and an upcoming Federal Reserve meeting. In the week beginning July 14, JPMorgan Chase, Google, Yahoo, IBM, Yahoo, Johnson & Johnson and eBay are scheduled to report quarterly earnings. Currently, Icahn has 27, 803, 015 shares of eBay, which comprises 4.66% of his portfolio. Investors are also awaiting Federal Reserve Chair Janet Yellen’s announcement for an indication about the future of the government’s bond-buying and the effect this will have on interest rates.

The controversial stock Herbalife comprises  2.95% of Icahn’s holdings, and has brought him in conflict with fund manager Bill Ackman, who is short the stock and has called for investigation into Herbalife’s business practices. Icahn, considered to be an “activist investor, ” has urged Family Dollar, in which he owns the largest stake at 9.4%, to merge with Dollar General to fend off competition from big-box retailer, Wal-Mart. Icahn commented on Family Dollar’s management:  “The leadership, to say the least, is questionable at Family Dollar and it’s been that way for many years. Howard (Levine) might be a nice guy but he is far from the right leader for Family Dollar.”

Dollar General CEO Rick Dreiling has announced that he is retiring as chief executive, and while this might create a challenge to the proposed merger, Carl Icahn thinks the combination of Family Dollar and Dollar General is something that should happen and will be the best option for both companies “on a long-term basis.”