Israelis are celebrating the arrival of two of Hollywood’s biggest stars. 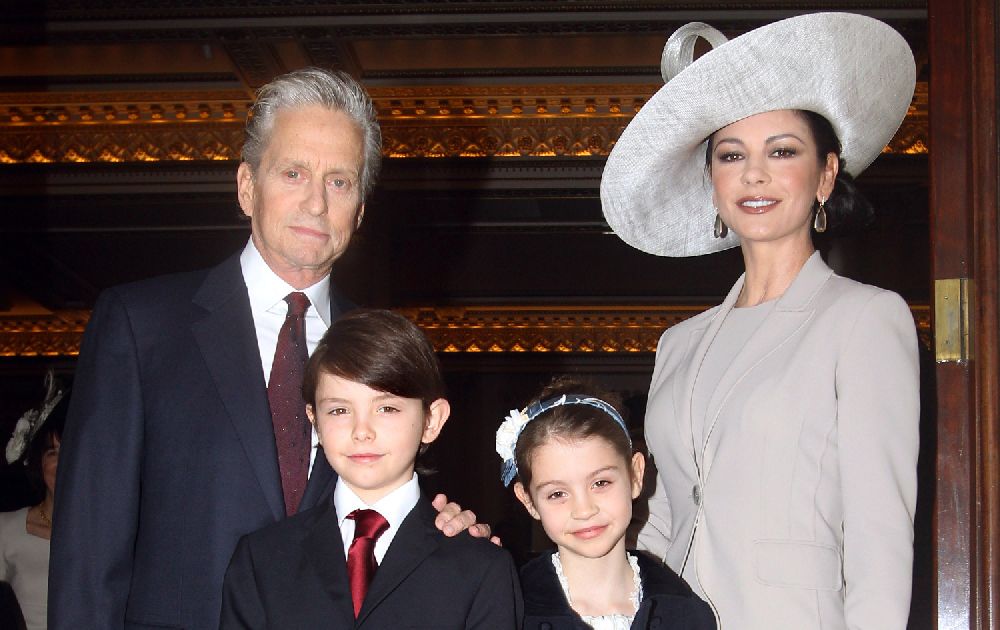 Israel is a small country and as such its people can sometimes behave in a provincial manner. This is evidenced whenever famous musicians or actors come to visit the country. The response is reminiscent of how a small town in rural America might react to a visit by the President. Now two such celebrities are there for a personal trip.

Hollywood power couple Michael Douglas and Catherine Zeta Jones are in the Holy land for the Bar Mitzvah of their oldest son Dylan Michael. The family is staying at Jerusalem’s famed luxurious King David Hotel.

After they arrived in Israel on Thursday, they toured Jerusalem, including the Temple Mount tunnels.

The visit comes after the couple’s recent reconciliation. The two had been separated for a year, but said that it was just intended to be a short break from one another and not a prelude to a divorce. The family already celebrated Dylan Michael’s bar mitzvah in a New York ceremony in May, but have decided to hold a second special festivity at the Western Wall Plaza this week. During the first bar mitzvah, Douglas, 69, injured his groin when helping to lift his son Dylan in the air while he sat in a chair. That is a traditional Jewish custom at such events.

At the time the actor told the New York Post, “I’m hurting. I don’t know whether it’s my groin or a hernia. I got carried away at my son’s bar mitzvah this weekend. You know they put you up in the chairs over the top — I think something happened there.”

Catherine Zeta Jones, however, is not Jewish. She said that she had considered converting, but chose not to. This means that, according to the Orthodox and Conservative streams of Judaism, Douglas’ children with her are not technically Jewish either.

The couple also has a daughter, Carys, age 11.

Michael Douglas is the son of iconic actor Kirk Douglas, who was born Issur Danielovitch. The younger Douglas broke out as a star with his portrayal of Inspector Steve Keller in the television police drama The Streets of San Francisco in the 1970’s. While appearing on that program he co-produced the movie One Flew Over the Cuckoo’s nest which earned him his first Oscar for best picture at the age of 31.

Eleven years later Douglas would win his second Oscar, this time for best actor, for his role as the greedy investor Gordon Gekko in Oliver Stone’s Wall Street. This would be followed by hit movies like Basic Instinct, Traffic and An American President.

Most recently he won an Emmy for his portrayal of the world famous musician Liberace in a made for television biopic called Behind the Candelabra.

Catherine Zeta Jones is a Welsh actress who has starred opposite actors such as George Clooney, John Cusack, Brad Pitt and Sean Connery. She won an Oscar for best supporting actress for her role as Velma Kelly in the 2002 movie production of the hit Broadway musical Chicago.