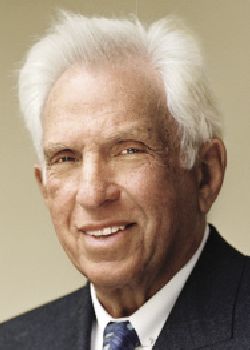 As New York continues to recover from recession and move even into a growth phase new construction has been sprouting up all over the place, both commercial and residential. Commerical rents appear to be justifying new construction for the first time in a long time as well.

As a confined city such as New York grows the only ways to grow are through higher densities and these have been coming in several parts of the city.

Yesterday the Mayor of New York Bill de Blasio set out a new schedule for rezoning a large section of the East Side of Manhattan as well, basically pushing it all out into 2016.

This side of town was almost included in the last phase of former Mayor Michael Bloomberg’s expansion plans, only to be pulled just before the handover to the new administration.

Now de Blasio is bringing these ideas forward again, though to be sure with some deferral in order to give time for the the downtown core, including World Trade Center itself, to complete its renewal and for the massive Hudson Yards project on the Far West Side to become established as well.

So now the Far East Side will be next, except for one important project that de Blasio is giving the green light for on an immediate basis. Manhattan’s largest office developer, Stephen Green’s SL Green Realty, is planning a brand new 1.6 million-square-foot office building located between East 42nd and East 43rd streets, directly adjacent to Grand Central Terminal, one Vanderbilt Avenue. At 1, 200 feet high the new 65 storey building will be 150 feet higher than the Chrysler Building on the other side of the railway terminal.

The project will be called 1 Vanderbilt, and will include number of public spaces, plus its own underground connection to the subway system to keep everybody moving smoothly. A public review process for the surrounding five blocks along Vanderbilt Avenue will begin this fall.

SL Green intends to invest more than US$100 million to help improve the flow of commuter traffic through Grand Central Terminal, according to Marc Holliday, who is the Chief Executive Officer of the company.

Carl Weisbrod who is the City Planning Commission Chairman said the developer’s investment in transit infrastructure will actually be “a lot more than $100 million, ” and he clearly expects other developers who want to profit from the rezoning to pay up for public amenities as well.

The block between East 42nd and 43rd streets will become a pedestrian mall, and the office tower will even include a public area at street level which will act as part of the train terminal, with its own train board, according to Jeremy Soffin, an SL Green spokesman, speaking with Bloomberg News.

Mayor de Blasio said of the forthcoming plans “We are going to keep New York City competitive, and do it through strategic investments and ground-up planning, ” adding “These are the kind of policies that won’t just pay off today, but will lay the groundwork to keep districts like east midtown thriving and attracting new business for decades to come.”

When the New York office market boomed in the mid 1990’s, Stephen Green formed SL Green Realty as the first public REIT to focus solely on New York City, and has since aggressively expanded its portfolio and built up the company to its present stature.
As a first rate squash player Green participated in both the 1985 and 1989 Maccabiah Games in Israel, and in 1985 actually won the bronze medal in squash. He endows the SL Green National Open Squash Championships for US Squash.