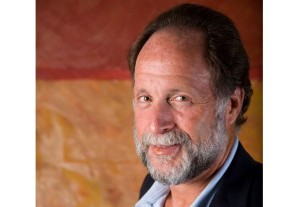 Theoretical frameworks are great because they allow us to understand fundamental aspects of a complex world in much simpler terms, just as maps do. But, like maps, they are useful only up to a point. Road maps, for example, do not tell you current traffic conditions or provide updates on highway repairs.

A useful way to understand the world’s economy is the elegant framework presented by Thomas Piketty in his celebrated book Capital in the Twenty-First Century. Piketty splits the world into two fundamental substances – capital and labor. Both are used in production and share in the proceeds.

The main distinction between the two is that capital is something you can buy, own, sell, and, in principle, accumulate without limit, as the super-rich have done. Labor is the use of an individual capacity that can be remunerated but not owned by others, because slavery has ended.

Capital has two interesting features. First, its price is determined by how much future income it will bring in. If one piece of land generates twice as much output in terms of bushels of wheat or commercial rent as another, it should naturally be worth double. Otherwise, the owner of one parcel would sell it to buy the other. This no-arbitrage condition implies that, in equilibrium, all capital yields the same risk-adjusted return, which Piketty estimates historically at 4-5% per year.

The other interesting feature of capital is that it is accumulated through savings. A person or country that saves 100 units of income should be able to have a yearly income, in perpetuity, of some 4-5 units. From here, it is easy to see that if capital were fully reinvested and the economy grew at less than 4-5%, capital and its share of income would become larger relative to the economy.

Piketty argues that, because the world’s rich countries are growing at less than 4-5%, they are becoming more unequal. This can be discerned in the data, though in the United States a large part of the increase in inequality is due not to this logic but to the rise of what Piketty calls “super-managers, ” who earn extremely high salaries (though he does not tell us why).

If we assume that the return on this capital was 4%, this would be equivalent to owning $900 billion in foreign capital. So, if we do the accounting, the US today must owe the rest of the world roughly $12.4 trillion (13.3 minus 0.9). At 4%, this should represent an annual payment of $480 billion. Right?

Wrong – and by a long shot. The US pays nothing in net terms to the rest of the world for its debt. Instead, it earned some $230 billion in 2013. Assuming a 4% yield, this would be equivalent to owning $5.7 trillion in foreign capital. In fact, the difference between what the US “should” be paying if the Piketty calculation was right is about $710 billion in annual income, or $17.7 trillion in capital – the equivalent of its yearly GDP.

The US is not the only exception in this miscalculation, and the gaps are systematic and large, as Federico Sturzenegger and I have shown.

At the opposite extreme are countries such as Chile and China. Chile has borrowed little in net terms for the past 30 years, but pays to the rest of the world as if it had borrowed 100% of its GDP. China has lent to the rest of the world, in net terms, over the last decade, about 30% of its annual GDP but gets pretty much nothing for it. From the point of view of wealth, it is as if those savings did not exist.

What is going on? The simple answer is that things are not made just with capital and labor, as Piketty argues. They are also made with knowhow.

To see the effect of this omission, consider that America’s net borrowing of $13 trillion dramatically understates the extent of gross borrowing, which was more like $25 trillion in gross terms. The US used $13 trillion to cover its deficit and the rest to invest abroad.

This money is mixed with knowhow as foreign direct investment, and the return to both is more like 9%, compared to the 4% or less paid to lenders. In fact, 9% on $12 trillion is more than 4% on $25 trillion, thus explaining the apparent puzzle.

Chile and China put their savings abroad without mixing them with knowhow – they buy stocks and bonds – and as a consequence get just the 4-5% or less that Piketty assumes. By contrast, foreign investors in Chile and China bring in valuable knowhow; hence the gross capital that flows in yields more than the gross savings abroad. This return differential cannot be arbitraged away, because one needs the knowhow to get the higher returns.

The point is that creating and deploying knowhow is an important source of wealth creation. After all, Apple, Google, and Facebook are jointly worth more than $1 trillion, even though the capital originally invested in them is a minuscule fraction of that.

Who gets to pocket the difference is up for grabs. Knowhow resides in coherent teams, not individuals. Everybody in the team is crucial, but outside the team each individual is worth much less. Shareholders may want to take the difference as profits, but they cannot do without the team.

This is where the super-managers come in: they strive to pocket part of the value created by the team. Behind the growth of wealth and inequality lies not just capital, but also knowhow.

Advertisement. Scroll to continue reading.
In this article:Finance, Ricardo Hausmann