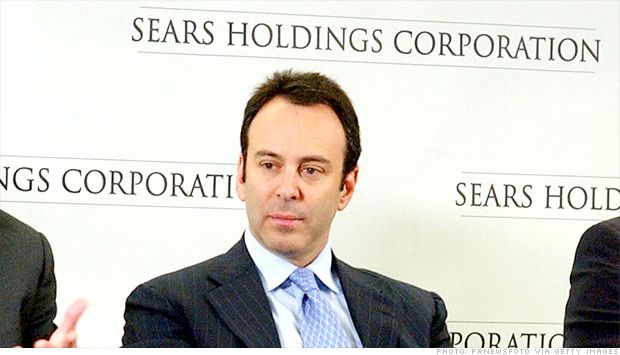 Sears Holdings the giant US retailer, and as American as apple pie seems to be losing the war with its competitors, both brick and mortar and online.

Sears Holdings Corporation put out a brief statement today announcing that it is exploring strategic alternatives for its 51% interest in its subsidiary Sears Canada. The company says these could include a potential sale of Sears Holdings’ interest in its Canadian subsidiary or even a sale of the whole of Sears Canada. Sears is now engaging an investment banking firm as its advisor, to help it achieve the most well-considered result.

Sears Canada’s board of directors has also, in formal terms, told its parent that the Sears Canada’s Board of Directors and management intend to cooperate fully with Sears Holdings in such a process, in order to achieve maximum value for all its shareholders.

Meanwhile concern has been mounting that the struggling retailer, which reports first quarter earnings on May 22nd, may never be able to find a way to get its mojo back.

At the Sears Holdings Annual General Meeting on May 6th, its Chairman, CEO and significant shareholder through his private equity firm ESL, Edward Lampert, warned shareholders to expect the retailer to continue to close stores and look for ways to leverage its real estate while sticking to its focus on integrated retail and its “Shop Your Way” loyalty program.

“Closing stores is going to be part of our future, ” he said. “I’d rather do (fewer closures) rather than more, but the world has shifted.”

At the Annual Meeting Lampert then outlined a vision of Sears’ stores five years from now that will be physically smaller and sell both Sears merchandise and goods from third-party retailers, much the way the company’s online Marketplace currently sells 120 million products, the vast majority of which are not Sears’ own merchandise.

Not everyone is so convinced that smaller is better, if basic core issues such as effective merchandising are not addressed as well.

A retail consultant and former Vice President of Sears, until 2003, Steven Dennis, even told CNBC earlier this week that it might be better just to liquidate the whole company at this point, which is stern commentary indeed.

His points, on the merchandising and store side, were that a) Sears doesn’t offer a value proposition, b) it has lost relevance in nearly every major category, while its competitors have gained ground, c) after years of underinvesting in its stores, it has a lot of catching up to do, and has no money to pay for the upgrades needed.

Then, continuing to attack Sears leadership he asserted that CEO Eddie Lampert “doesn’t know what he is doing, ” and is investing in what Dennis considers the wrong areas, such as the Shop Your Way loyalty program.

Finally Dennis asserted to CNBC that Sears’ still valuable assets, which include own-brands Kenmore and Craftsman and its massive real estate portfolio, are becoming “less valuable every day.”

As a retail consultant Dennis claims none of his present clients compete broadly with Sears. Indeed he may not be alone in some of his views as shareholders have been voting with their feet for some time.

With a market cap currently of just US$4.8 billion the Sears shares are trading at just a quarter of their pre-recession level in 2007. Just a month ago Sears also spun out its specialty retailer Lands End as a separate public company, which now has a market cap on its own of a little less than US$1 billion.

Eddie Lampert, who is 51, is the largest shareholder, CEO and Chairman of Sears Holding Corporation which includes the K Mart retail store chain. He put the two companies together in 2005, when he engineered a US$12.3 billion merger of the two. At the time the leadership of the new company expected to be able to compete head to head with Wal-Mart. The subsequent deep recession certainly did not help, but no effective long term strategic vision seemed to emerge after the merger either.

A successful investor, and founder of hedge fund ESL, Lampert graduated from Yale University and still has an estimated personal net worth of $3.3 billion at May 2014, according to the latest Forbes billionaires list, as his other investments have done well and seem to have covered his Sears shortfalls.

Advertisement. Scroll to continue reading.
In this article:Sears Holdings, Finance