After a long wait, Blank will now establish a team in Georgia’s capital, who are due to kick off the start of the  2017/2018 season. 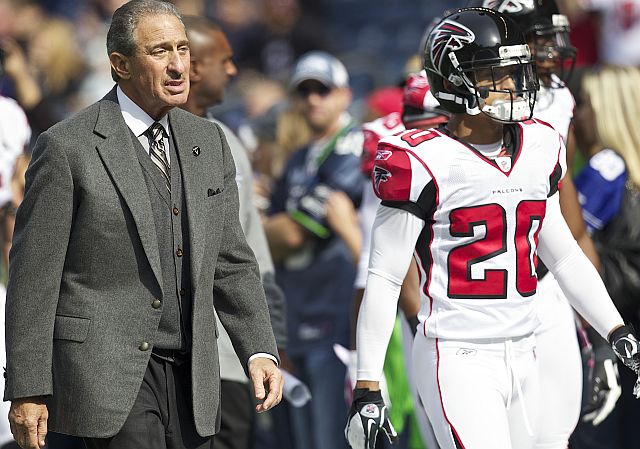 Arthur Blank, majority owner of the NFL franchise the Atlanta Falcons, will be bringing football of another kind to his home city in the coming years, with the news that he has been granted an MLS franchise, making for  the 22nd in the league.

The new Atlanta soccer team, despite that fact that they are yet to be named, already have a home stadium, in  the retractable-roof, multi-purpose stadium, which will also serve as home to the  Atlanta Falcons when it is completed in 2017 at a cost of  $1 billion.  The  new stadium will replace the Georgia Dome, which was opened  way back in  1992 and is completely open air.

Announcing that Atlanta and Blank had been chosen to host the latest MLS franchise,  Commissioner Don Garber recalled that the possibility had been  under discussion for a number of years, with the feeling now that both the city and the MLS are large enough to host a side from Georgia.

Garber went on to add that everyone in the sports industry knows Arthur Blank and the reputation he has and the commitment he has to run a first-class operation, factors which are critical in maintaining a successful MLS franchise.

Atlanta’s new team  will also be the only MLS team situated  in the South of the  until  the David Beckham’s proposed franchise gets under way in Miami, Florida.

Having been given the green light, Arthur Blank will have two full seasons toe organize his new and yet unnamed  soccer team, in itself a record  for a  franchise in the league before the team starts playing.

Already ideas are being mooted for competitions to find a name for the team, as well as their team colors and logo- a great step in further involving the community in Atlanta and throughout the state of Georgia.

In recent years, interest in soccer  in the city has grown considerably, with Atlantans  becoming the largest followers of  televised matches, who do not have their own home team. Now Atlanta soccer lovers will have something to look forward to, thanks to the tenacity and vision of Arthur Blank.

Arthur Blank graduated from Babson College in 1963 with a degree in Business Administration and Accounting. After graduating, Blank went to work for Arthur Young and Company, where he reached the rank of senior accountant for the company.

Blanks’ career in retailing began when he joined the massive Daylin Corporation, who owned a series of retail chains throughout the United States,  going on to  head  Handy Dan Home Improvement Centers for the corporation.

In 1978, Blank left Daylin to establish Home Depot in partnership with the well known New York investment banker Ken Langone. Blank’s far reaching vision saw the group become a tremendous success, expanding rapidly throughout the US.  Blank spent a total of 23 years at Home Depot, 19 of them as the company’s president before retiring from the company in 2001 while just 61 years old.

Blank enjoys the time, the money and the energy to pursue his love of sports, which he has done the hands on way, first acquiring the franchise for his adopted hometown team, the Atlanta Falcons who play in the National Football League (NFL) in 2002, and just two years later, adding the Arena Football League franchise team Georgia Force to his collection, with his first step have moved the team back to the city of Atlanta.

Arthur. S. Blank is estimated to have a net worth of around $1.3 billion.