Rahr was in Jerusalem recently to attend a dedication ceremony, where 12 ambucycles  were handed over to the emergency medical service. 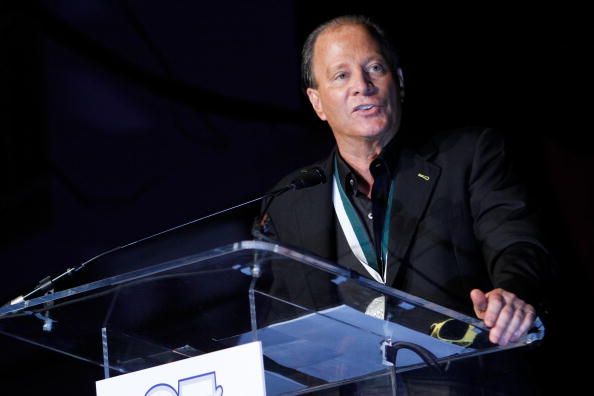 Stewart Rahr, known for the generosity as well as the originality of his philanthropic deeds, has taken on one of his most interesting and significant challenges. Rahr was in Jerusalem last where he stated his intention to United Hatzalah, an emergency medical service, manned almost entirely by volunteers, to  reach their important  goal of  doubling their ambucycle fleet  from its existing figure of 300 to 600.

By increasing their fleet, United Hatzalah will be able to significantly  cut down on their response times, as well as spreading their services more comprehensively  across the country, saving human suffering and lives.

At the dedication ceremony, held on an uncommonly warm day for Jerusalem in January,  Rahr made a commitment to  match all and any donations made  to increase the fleet of scooters, that are custom equipped with  the most effective and up to date emergency assistance equipment.

Stewart Rahr’s pledge brought an immediate response, and as a result an additional 50  50 ambucycles, worth an estimated $1.3 million, will be added to the United Hatzalah fleet in the very near future.

Rahr first got to know about the fine work that United Hatzalah  are doing in Israel, when he was introduced to Eli Beer who founded the organization in 2006.

Rahr  decided to put his studies on the legal profession  on hold, preferring to help his family run the expanding family business, involved in the retailing and  distribution of pharmaceutics.

Stewart Rahr was particularly interested in developing the distribution and  wholesaling  division of the business, which  acted as a supplier for a number of other pharmacies in and around New York.

Rahr enjoyed tremendous success in the business world,  eventually establishing a separate company to deal with the family’s now considerable wholesale operation, which traded under the name of Kinray Inc.

By 2010, Rahr had grown Kinray Inc to such a level that they had a client base  that numbering  4000 pharmacies situated  in the North Eastern seaboard of  the United States, with the company graduating an annual turnover of more than $5 billion.

Kinray Inc  had become such a force in the pharmaceutical distribution industry, that they captured the attention of pharmaceutical giants Cardinal Health who acquired the  company for $1.3 billion in 2010.

Even before selling his company, Stewart Rahr has always been a very active philanthropist, providing  rare generosity to a number of worthy causes.

In 2012, Rahr donated the sum of $640, 000 the Israel Cancer Research Fund, making for the single largest source of private funds for cancer research ever made in Israel, and just a few weeks ago reportedly paid more than $600, 000 to charter two  planes to specially  fly 64 members of the Knesset as well as  30 holocaust  survivors from Israel  to a ceremony at Auschwitz, Poland  on International Holocaust Remembrance Day.