Bloomberg, who only recently stepped down as mayor of New York City, has been handed what could be an even more important role. 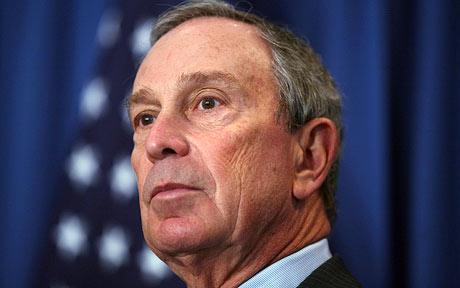 Michael Bloomberg certainly hasn’t allowed the grass to grow under his feet, celebrating just a month out of City Hall to take the relatively short journey to the UN buildings, where he will be spending some of his free time as a United Nations special envoy, with special responsibility for cities and how they cope with the effects of climate change.

UN Secretary General Ban Ki-moon  has apparently had his eye on Michael  Bloomberg for some time, having made no secret of his desire to combat the effects climate change during  his 12 years as mayor  of New York city, as well as being particularly outspoken on how cities should be run in an age, where their populations are constantly  on the increase. ,

Bloomberg  will give now be turning his considerable energies and talents as well as his repuation as a person who “gets things done” on to an international stage, where he be pressing his former counterparts for action to combat global warming without harming the environment.

Despite no longer being an incumbent mayor, Bloomberg will be acting as co-host of  the forthcoming summit of the C40 Cities Climate Leadership Group to be held in Johannesburg next week. The C40 Cities Climate Leadership Group is made up from an international  network of major cities, committed to taking measures on a local and national basis designed to  minimize the effects of  climate-warming through the reduction of “ greenhouse gases”.

Bloomberg was originally invited to attend the submit to hand over the presidency of the group to Eduardo Paes, the mayor of Rio de Janeiro. However, in his new role, Michael Bloomberg will be chatting with his counterparts with a certain intention of implementing a common strategy on how to combat the effects of climate change in an urban environment.

Towards the end of his third  and last term as mayor of the “ Big Apple”  Bloomberg  proudly broadcast  that he improved the quality of air in the  city to its highest levels for half a century, bringing it to the highest level  of any major  North American city, which has been  attributed to a combination of factors, including public buildings burning lower-pollution heating oils or  switching to natural gas.

Michael Bloomberg graduated  from Johns Hopkins University, in 1964 with a Bachelor of Science degree in electrical engineering, going on to study at the Harvard Business School where he gained his Masters in  Business Administration.

Bloomberg embarked on his professional career at the Wall Street investment bank and securities brokerage Salomon Brothers after graduating. In 1973, Bloomberg was appointed to the role of general partner, where he headed the equity trading department. In 1981, Salomon Brothers were taken over and Bloomberg was laid off , and handed a generous $10 million severance package.

That sum was enough to see him form his own company, Bloombergs in which he spent the next twenty years as its Chairman and CEO building it into a multi-billion dollar media and telecommunnications concern, before stepping down to become Mayor of New York City. Bloomberg served  three terms over thirteen years,  till January 1st, 2014, when he was succeeded by Bill de Blasio.