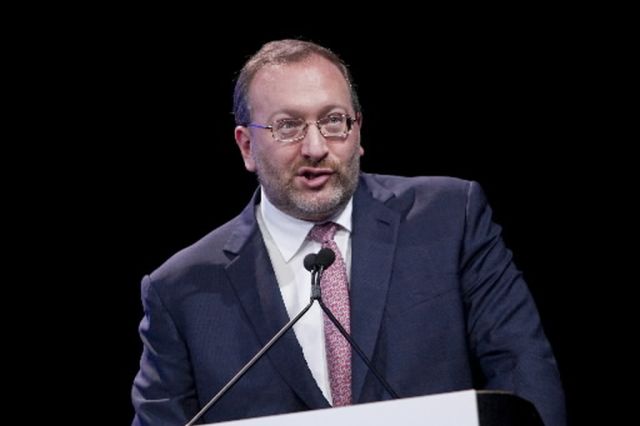 According to industry sources, the  transaction actually took place  on New Year’s Eve of 2014, when the shares were valued $11.17 per share, making for a total value of $33.9 million to giving  the Baupost Group  with a total 17.93% interest in Kindred Biosciences.

San Francisco based Kindred Biosciences was founded by Richard Chin in September 2012   and are a development stage biopharmaceutical company focused on saving and improving the lives of pets.

Products currently under development at Kindred Biosciences are if you are, an osteoarthritis drug for dogs, AtoKin a drug to treat atopic dermatitis for dogs, as well as SentiKin analgesic to believe post-operative pain for dogs.

According to sources in the animal bio-pharmaceutical industry, there exists varying degrees of evidence suggesting these forms of treatment will likely be effective in dogs and possibly other domestic animals.

Most of the animal drug applications currently under development at Kindred Biosciences are due to be submitted for approval in the  U.S. from the beginning of 2014, with most of the products under development scheduled to be launched up to and including the second half of 2015.

Kindred  Biosciences held its IPO on Dec. 11, 2013, in which he succeeded in selling. It sold 7.5 million shares of common stock at $7 per share, for a total initial flotation value of $52.5 million before expenses. At the same time the IPO to have the option option to purchase an additional 1.125 million shares, bringing the total shares sold to 8.625 million, making for a total capital injection of just over $60 million in the initial offering.

To date, Kindred has yet to bring any form of income with all of their products still be in the development stage. During all of 2012  the company incurred net losses of around  $120, 000. However, in the first three quarters of 2013, as the research activities gained considerable momentum they are not for the losses of $1.83 million.

Almost simultaneously with picking up his shares in Kindred Biosciences, the Baupost Group’s success significantly reduced their shareholding in the loss making Enzon Pharmaceuticals concern.  Klarman  reduced his position with the company by 3, 353, 595 shares  from 7, 691, 453 held at the end of the third quarter of 2013, to 4, 337, 858 shares. Despite reducing their shareholding by by 43.6%, Klarman still  retains a 9.88% stake in the company, currently worth less than two dollars per share, a quarter of what Baupost paid for them in 2012.

With their acquisition of shares in Kindred,  Baupost shoot up to become the second largest shareholder with making their presence immediately felt by seeing the shares rise by 2.3% after news of their share purchase broke.

Seth Klarman  completed his formal  education at Cornell University before going on to study at the Harvard Business School,  where he was a Baker Scholar

In 1982 Klarman left the partnership when he was just 25 years old, to form his own venture capital company, the Baupost Group, which has since  grown to be one of the largest in the United States, currently managing funds in the excess of $25 Billion.

Seth Klarman has found time to establish the Klarman Family Foundation dedicated to supporting a number of important causes, particularly relating to the medical profession and research as well a number of Jewish and Israeli causes.