Sami and Yuli Ofer were larger than life business tycoons, both billionaires, who amassed a great fortune from their many businesses in a lifelong partnership together, especially from shipping, banking and real estate, all of which they understood very well. They both died a few months apart in 2011, aged 89 and 87 respectively.

Yuli’s two children, daughter Leora and son Doron, have been in legal dispute since his death over provisions of their father’s will, concerning the division of his estate, and last week a Tel Aviv Judge finally came down firmly on the side of Leora.

Born in Rumania in the nineteen twenties Sami, and his younger brother by two years Yuli, came to Israel under the British Mandate, as small children, where their family settled in Haifa. When they grew up they began to build a business servicing the shipping industry from an office in Haifa and, like Topsy in Harriet Beecher Stowe’s novel Uncle Tom’s Cabin, the business “just grew” with the development of the new State creating huge international fortunes for both men.

Much later in life they separated their interests to help prepare for the next generation, with Yuli taking on many of the family’s previously combined shipping interests and, through Ofer Investments, an interest in an Israeli bank, Bank Mizrahi Tfahot and interests in Israeli real estate including the important publicly traded Israeli shopping mall company Melisron.

Both of these holdings are major companies which are publicly listed on the Tel Aviv Stock Exchange. As it is a private company Ofer Investments likely has other family assets as well that are not reported.

Yuli’s two children, Leora and her brother Doron, were gradually brought forward into his business affairs, and Doron as his son quite possibly thought he would eventually take over all the reins.

Yuli had indeed given to his son Doron many major assets while he was still alive, including his shipping interests, hence one of the primary remaining assets of his estate when he died was Yuli’s 36.7% stake in the private holding company Ofer Investments. 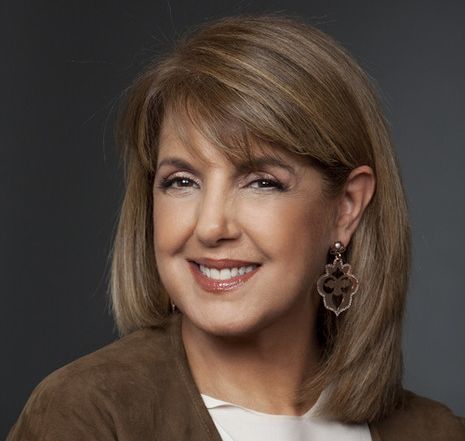 Under Yuli’s original will it seems the plan was for his two children to take equal positions in Ofer Investments after he died. The company was then held 36.7% by Yuli and, separately, 15% each by both his two children.

In his later years, however, Yuli is reported to have begun to have significant disagreements with his son Doron over the need to satisfy Israeli bank regulators with a separation of their holding in the bank. The Bank of Israel wanted it to be insulated from anything that might occur with the family’s other investment holdings. It seems Doron did not want to do this, which has led to a continuing standoff with the Bank of Israel, one that indeed is not yet resolved and the demand has not gone away.

Possibly at least partly for this reason therefore, though one never really knows the internal private dynamics of family relationships, a new will was drawn up on November 2nd, 2008, not quite three years before Yuli died. In this, the last of a number of wills he had written, he left all his own 36.7% remaining position in the investment company Ofer Investments to his daughter Leora. This therefore would give her on his death an absolute 51.7% majority of the stock when added to her previous 15% holding.

This then left Doron with just his own 15% position. Their cousin Eyal, one of Sam Ofer’s two sons, Eyal and Idan, holds his own remaining 33.3% position.

One thing a majority does is give you the power to take decisions, so the Bank of Israel will no doubt be pleased that actions may now follow, perhaps which is what their father wanted having seen the results of their earlier family disagreement over Bank Mizrahi.

Ofer Investments also holds a 63.9% stake in Melisron which is worth today about $714 million (NIS 2.5 billion) on the Tel Aviv Stock Exchange. Again the difference between ending up with a one third holding and owning 51.7% is about another US$131 million (NIS460 million).

So the whole argument, at least over this very public part of the inheritance that we know about, is over a total of about US$183 million (NIS641 million), which is certainly a very substantial sum. Undoubtedly there will be other private assets in the calculus as well which we are not privy to. However it is about much more than money; it is also about control of the investment vehicle itself, which has now been granted to Leora by the court.

In an interview given to Israeli financial paper the Calcalist, a source close to the Ofer family said “Before Yuli passed away, Leora negotiated with Doron in the aim of buying him out of the company. But the talks crashed because Leora demanded he refrain from contesting their father’s will once Yuli passes away. This set off alarm bells for Doron”.

Thus for two years now Doron had been contesting his father’s will in court, in a law suit he started just one week after Shiva for his father when the will was read, only to finally see a decision against him handed down just last week.

President of the Tel Aviv Family Affairs Court Judge Tova Sivan accepted Leora’s position and rights under the final will, and declared it to be completely valid.

Not all details of the dispute that emerged in court are revealed to the public, but the Court decision does indicate that Yuli in fact changed his mind several times whether to bequeath his shares to his two children, or just to one of them, as eventually he did.

Unlike his sister, Doron had also received other considerable assets from his father throughout the years, including 33% of Ofer Shipping, which he later sold to his cousin Idan Ofer and former brother-in-law Udi Angel, the latter being Leora’s ex-husband who had likely represented her interests during the marriage.

So Yuli’s final choice to grant the majority control of Ofer Investments to Leora could well have been a decision on his part to even things up a little, and of course with the court ruling now it has.

In parallel proceedings Yuli’s widow Ruth had further complicated the issue with a law suit of her own against the her late husband’s estate; presumably these are now moot, at least with respect to the Ofer Investments holding.

Whilst Doron is now within his rights to appeal, and one may presume that he may as he likely still holds the personal view that his father considered him his primary heir, at least a resolution is getting closer. It is quite frankly a little sad, though, to see former close family members falling out so bitterly over the division of a lifetime’s work that their father spent so much hard work over creating for them in the first place. Money can indeed be a poisoned chalice it seems.

In this article:Real-Estate, banking, Israeli, law, US, Finance, children, shipping