Simon  will pick up his award at the 66th Annual Writers Guild annual gathering to be held in New York in February 2014. 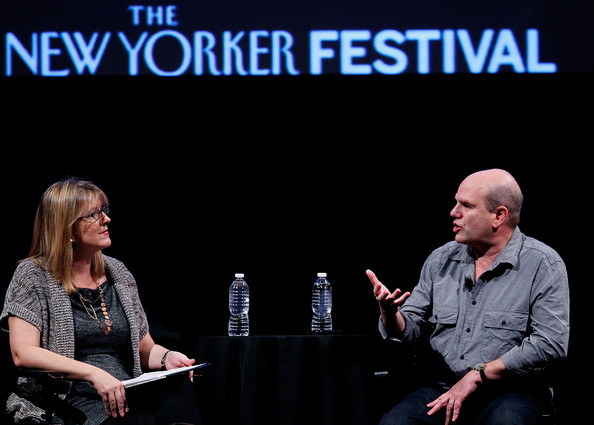 David Simon, in recent years best known for his television work has been chosen to be the 2013 recipient of the prestigious Ian Mclellan Hunter Award for Career Achievement .

Simon’s successes include  screenwriting  such popular television series as “Treme”, which completed its fourth and final season in 2013,  “The Wire”  and  the well-received HBO miniseries “Generation Kill”

Simon, a member of the Writers Guild of America, East Chapter since 1995,  will pick up his award at the 66th Annual Writers Guild Awards ceremony to be held at the Edison Ballroom on West 47th St on Saturday, February the first  2014.

The East Coast award ceremony will be held simultaneously with that of the Writers Guild of America, West coast chapter will be holding their ceremony in Los Angeles.

David Simon was also involved in writing Homicide: Life on the Street, which also won a Writers Guild Award , while ”Treme, ”  won a Peabody Award  and the miniseries ”Generation Kill” was an Emmy Award winner. In addition, in 2010 Simon was the recipient of a prestigious MacArthur Foundation “Genius Grant” recognizing his achievements  as an author, screenwriter and producer.

The Hunter Award was first established in 1992 in order to honor a member of the Writers Guild member for their contribution as a writer motion pictures or television. Among the recipients of the award are Alan Zweibel, Andrew Bergman, Claire Labine, David Koepp, Frank Gilroy and John Patrick Shanley.

Speaking on behalf of the Writers Guild of America, East Chapter, Michael Winship, president of the chapter stated that  David Simon’s distinguished career is a celebration of his ability to combine the street smarts of the city newspaper reporter that  he once was with the creative imagination of a novelist.

“David Simon succeeds in putting together compelling stories relating the heartache and strife of urban America, depicting both the humanity of those who live and work there and the too often pitiless indifference of its institutions.” Mr. Winship summed up

Wendell Pierce, who has enjoyed a long association working with David Simon first starring  as Detective Bunk Moreland in “The Wire”  and most recently appearing as Antoine Batiste in ”Treme, ” will  be given the task of  presenting  the award.

Comedian Kamau Bell will be hosting  the New York ceremony.

David Simon is a graduate of the University of Maryland, College Park, where he began his writing career working on the University’s in-house publication The Diamondback.

After graduating Simon went to work for  The Baltimore Sun newspaper as a crime reporter, where he was to remain between 1982 to 1995.

In 1989, Simon took a year out of his crime reporting career at The Sun, to  wri paying Mister dream cellar where have you been tell me have the back in the te his first novel “ Homicide: A Year on the Killing Streets “ which was published in 1991, and went on to win the 1992 Edgar Award for Best Fact Crime book Associated Press called it “a true-crime classic”

During his years as a crime reporter, David went on to publish “The Corner: A Year in the Life of an Inner-City Neighborhood” which he co-wrote with Ed Burns and was published 1997.   Simon later adapted the novel  into a six hour  mini-series that was released by HBO in 2000, as the The Corner.  The Corner picked up  three Emmy Awards, including Outstanding Writing for a Miniseries or a Movie for Simon.