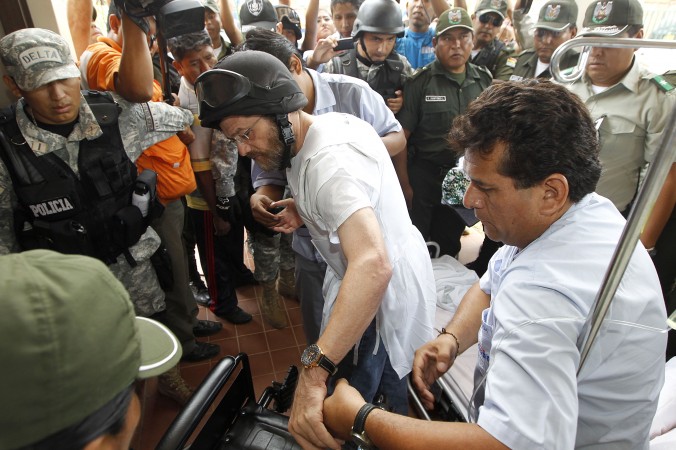 –
A businessman from Brooklyn, Mr. Jacob Ostreicher went to Bolivia two and a half years ago to attend to some business at a rice growing agricultural investment he had entered into there, on behalf of himself and an investor group who together originally invested as much as US$25 million in the venture.

At that point he was arrested, jailed for a year and a half and then held under house arrest for another year until suddenly turning up back in the United States on yesterday. This after first going missing completely for several days, according to his family.

Between the two book ends of his initial arrival in Bolivia in 2011, and his mysterious return to the US now almost at the end of 2013, lies a murky tale of intrigue, government and judicial corruption, trumped up money laundering charges, kidnapping and who know what quite else.

An un-named official from the US State Department, with absolutely authentic bureaucratic opacity, would confirm only that Jacob Ostreicher had indeed left Bolivia. The agency would give no details on his departure or travel arrangements back to the United States.

Worried members of his family had apparently also got in touch with the Associated Press at the start of the week, saying they hadn’t heard from him for a while and expressing fears about a possible kidnapping. The AP had interviewed him in Bolivia a year ago. Later, family members confirmed Ostreicher’s arrival back in the US.

After his original arrest Ostreicher languished in the comfort of Bolivia’s worst jail for a year and a half, officially on suspicion of money laundering though apparently no charges were ever actually formally laid against him.

After Oscar award winning actor Sean Penn took up his case before Congress, he and several U.S. lawmakers then made a joint appeal to Bolivian President Evo Morales for Ostreicher’s release.

As a result a release from the jail was indeed obtained, only for him to be held instead for the last year under house arrest in the city of Santa Cruz, while the hapless Bolivian authorities tried to find a way out of what was increasingly becoming an embarrassing scandal for them. 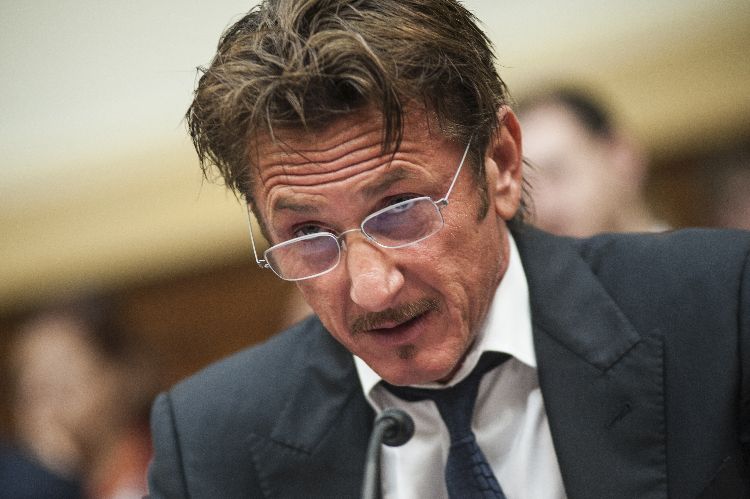 Sean Penn testifies during the Advocating for American Jacob Ostreicher’s Freedom after Two Years in Bolivian Detention hearing , May 20, 2013 in Washington / Getty

Already in the case Bolivian justice has now implicated a crooked judge who has apparently fled the country to escape charges, and also Ostreicher’s initial prosecutors, all allegedly for scheming to blackmail him and his associates, i.e. those thought to have the means and the inclination to make a big shake down payment for his release.

The means of his departure are not at all clear either. Bolivian Deputy Interior Minister Jorge Perez said with great diplomatic gravity simply that it could be difficult for Ostreicher to leave the country at all, given the media attention already focused on his case.

And as for Colonel Edmundo Rivero, who is the Chief of police in the city of Santa Cruz where Ostreicher had been living under house arrest said, with his tongue firmly in his cheek, that he was still checking with immigration authorities to see if Mr. Ostreicher had indeed left the country at all.

However the Bolivian Justice Minister Cecilia Ayllon said Bolivia had learned from neighboring Peru that Jacob Ostreicher had fled there and then to the United States.

As for Mr. Ostreicher’s side of the story? Well it seems he complained from the time his was jailed, back in June 2011, that he was being fleeced by corrupt officials. His case gained even more notoriety when he said his rice venture, which by then was apparently not flourishing very well, was also being mis-managed by its manager a lady called Claudia Liliana Rodriguez.

And, moreover, she had also been defrauding him and his investors and was allegedly in love with, and under the influence of, a dangerous Brazilian drug trafficker known as Maximiliano Dorado. It would be hard to make that up, and it is almost worthy of Joseph Conrad in its clarity and powerful depiction of a corrupt Latin American society; of course the claim has not been tested in a court of law either however, corrupt or otherwise.

Ostreicher then charged later that prosecutors, and other Bolivian government employees, had illegally seized and traded away 18, 000 metric tons of the venture’s rice, worth about US$12 million, say, at the time, stole some of its equipment and demanded a US$50, 000 payoff if he ever expected to get out of jail. 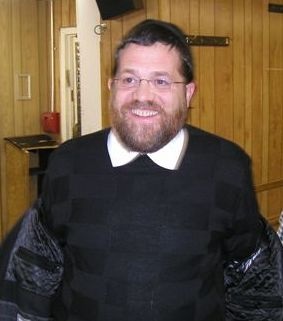 “They robbed me of close to US$50 million worth of assets, ” Ostreicher told the Associated Press in an interview a year ago. He said that in addition to the rice, about 900 cattle disappeared along with 37 tractors and harvesting equipment.

For the sake of the formal record Justice Minister Ayllon remains officially unrepentant however, saying in additional comments that Bolivia could even seek his extradition.

“He is a person who is being tried for common crimes, who has no immunity and obviously this will give our country greater standing to seek extradition, ” she said. However it also seems Mr. Ostreicher, though arrested and jailed, was not at any time actually formally charged with a crime.

And if you thought that was quite enough intrigue for one modest, quiet spoken, orthodox Jewish business man from Brooklyn where nothing ever happens, there is still more.

According to his own son he was actually finally kidnapped in Bolivia… “I have still not spoken to him, but we know he’s safe – and we’re still trying to figure out where he is.”   Ostreicher’s son later on Monday also said his father had been missing for a week, then a ransom was demanded, was paid, and Ostreicher was finally dropped off at a location “somewhere in the United States”.

As for the last word on what is, without doubt, a beautiful story now that it has ended well, for some commentators the idea of a kidnapping has been a very convenient way for the Bolivian government simply to get itself out of a very difficult diplomatic situation. And, to do so with the least damage to its own internal corruption and mis-governance issues, to its external reputation and to its diplomatic relations with the United States.

In other words, some believe the Bolivian Government were in fact key players in Mr. Ostreicher’s ultimate departure from the country. Under this theory this is precisely why stories about Mr. Ostreicher being abducted from Bolivia instead of independently fleeing, have then been fed to the media – which of course includes this writer for including the possibility as well. But it does get them off the hook.

We may never know the whole story, but the main lesson perhaps is that it obviously pays to have an important actor to take up the challenge of representing you to your own government at a high level, when you can’t do it yourself or perhaps when it quite possibly won’t give you standing and listen to you even if you can.

Next time you plan to go to Bolivia on business therefore, maybe you should first ask yourself who might take up the challenge on your behalf later, if the trip should turn sour, and do so even before you buy your plane ticket.

As for Jacob Ostreicher, he will be very glad to be home with his wife Miriam, their five children and, to date, 11 grandchildren. I am sure he will before too long write a thank you note to Sean Penn as well, which each member of his family will doubtless be delighted to endorse.