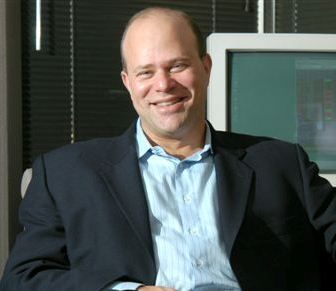 Now Institutional Investor reports he is returning a slightly larger sum, US$1.5 billion, to his investors. With about US$20 billion under management, focused on vulture investing in the distressed debt of public companies, as well as investing in general markets, this is the third year running he has been returning capital.

Forbes reports his hedge fund Appaloosa Management has had a great run so far this year, with his flagship Palomino Fund up almost 38% through the end of November, compared to the 29% rise in the S&P 500.

Interestingly he has also performed about double the mean return achieved by the entire hedge fund industry, implying the industry as a whole has lagged the general market by a significant amount. So much for the 2 and 20, i.e. the 2% annual fees and 20% of gains that hedge funds earn. What happens when they underperform?

In an interview with Bloomberg television, Tepper stated part of his success recently came from bets on airline stocks that were responding to an upturn in the economy.

Other hedge fund managers have been giving money back too, but not always for the same reasons. Edward Lampert, for example, has had to hand over some of his shares in under-performing retailer Sears to his investors. This in order to fund redemption requests from groups who have been losing patience with his long-standing control of the troubled retailer.

Mr. Tepper, who is 56, grew up in Stanton Heights in Pittsburgh, graduated from the now-closed Peabody High School in 1975 and earned an economics degree at the University of Pittsburgh in 1978 and then an MBA from Carengie Mellon University in 1982.

He co-founded and is President of Appaloosa Management, a hedge fund firm that invests in distressed companies, as well as in general markets. He set up Appaloosa in 1993 after spending the previous eight years working at Goldman Sachs, mostly dealing with bankruptcies and special situations there.

According to Forbes David Tepper has a net worth of US$7.9 billion as at September 2013, and is ranked #166 on their world billionaires list.

David Tepper is married to Marlene and they have three children.

In this article:Finance, Appaloosa Management, co-founder