Rosenberg has been an avid autograph collector since the late eighties, turning his hobby in a succesful business. 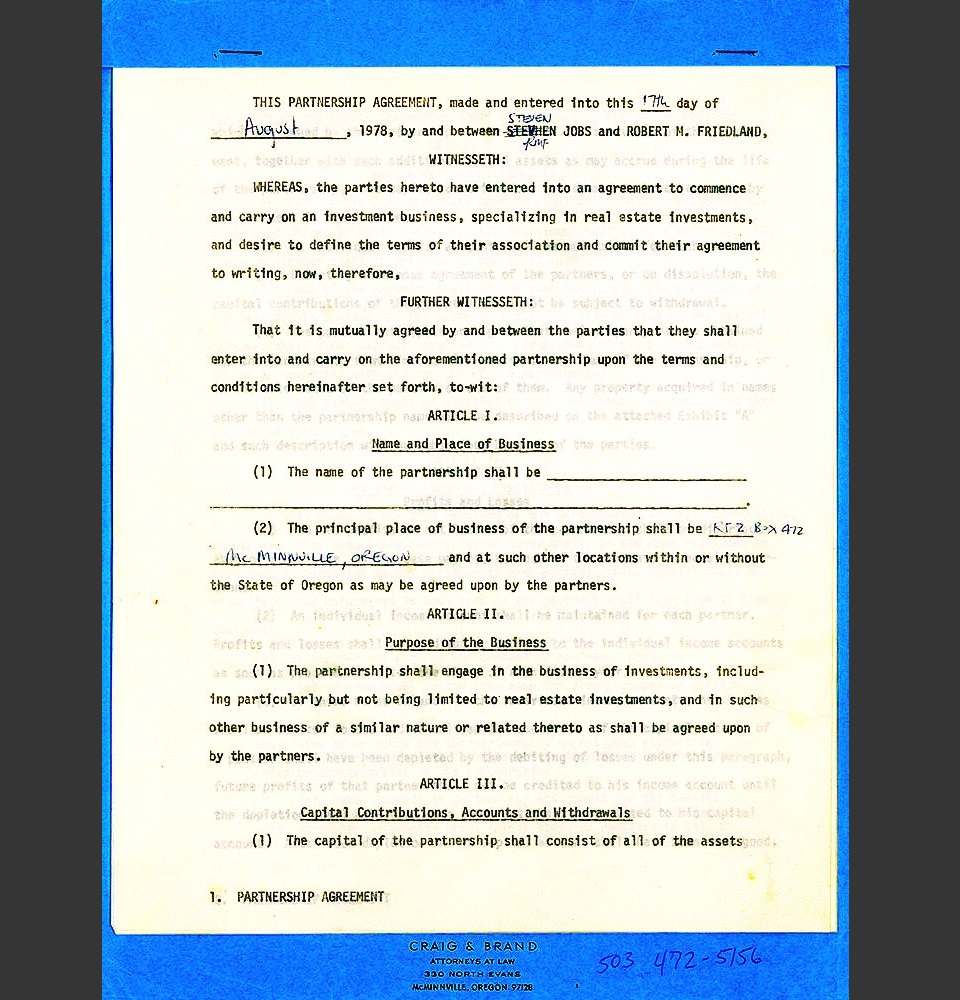 This is the signed legal agreement between Steve Jobs and Robert Friedland from August 17, 1978.

Jeff Rosenberg,   president and CEO of  TriStar Productions Inc was the successful bidder at a recent auction, organized by the RR Auction company, based in  New Hampshire. RR specialize in auctioning rare collectibles including signatures.

Rosenberg made it all the way from Houston, Texas to New Hampshire to purchase an eight  page document, bearing the late Steve Job’s signature.

The document, a partnership agreement dating back to August. 1978, between Jobs and his college friend and mentor , Robert Friedland.

According to information released by the RR Auction company, the only other known Jobs-signed document that has been sold at auction till now  was the original three-page contract signed by Jobs and his original partners in Apple, Steve Wozniak and Ronald Wayne, which sold for close to $1.6 million in 2011.

In a statement released after his success at the auction, Jeffrey R. Rosenberg stated that owning this piece of business history is a dream come true as a collector.

“I have owned autographs of nearly every famous business leader and entertainer in the world, and I have never even seen an authenticated Steve Jobs autograph in person.” Rosenberg summed up.

The document is due to go on display at Tristar’s Field of Dreams sports and memorabilia store, situated in Las Vegas.

Ironically the document sealing the future business agreement grew in value over the years to become considerably more valuable than the business argument itself, which apparently came to nothing.

Steve Jobs went on to grow Apple computers into one of the world’s most successful companies while Friedland moves into the world of mining, also becoming  a billionaire in his own right.