Hoffman needs to downsize his antique collection as he prepares to sell the triplex in the San Remo Building in Manhattan which he has owned  for close to forty years. 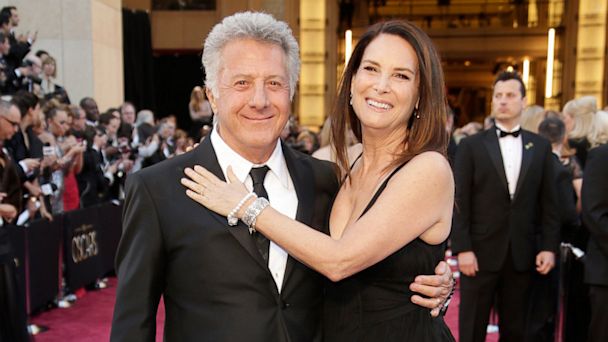 Dustin Hoffman has called in auctioneers Nye & Co to handle the sale of a large number of antiques and collectibles as he prepares to move out of his 8, 000-square-foot triplex in the San Remo apartment on Central Park West, Manhattan, that was at one time or another previously home to Diane Keaton,   Steven Spielberg and comedian Steve Martin.

The online auction is due to get underway over the next few days and will continue until the 17 of December.

Items on sale will include a mid-18th century Irish mahogany pier table and a George III leather upholstered lounge chair as well as a collection of furniture dating back to the the Qing Dynasty.

From Hoffman’s movie memorabilia collection the auctioneers will be handling the sale of two autographed movie projectors complete with reels, as well as a collection of black and white stills from the classic 1961 Jacques Demy film “Lola”,  among dozens of other items from the multiple Oscar-winner’s private screening room.

Dustin Hoffman was born and raised in Los Angeles, California.

After the success of the Graduate, Hoffman’s acting career was marked by a series of critical and  commercial successes, taking in Midnight Cowboy, Little Big Man, Straw Dogs, Papillion, Lenny, Marathon Man, All the President’s Men, Kramer vs. Kramer, Tootsie, Rain Man, Hook and Wag the Dog, his last major commercial success, shot in 1997.

During his rich career, Dustin Hoffman was a  nominee  for seven Academy Awards, winning two (in Kramer vs. Kramer and Rain Man),   as well as being nominated  for thirteen Golden Globes,   and winning six, as well as  four BAFTAs, three Drama Desk Awards, a Genie Award, and an Emmy Award.