Schireson, CEO of  MongoDB,  has agreed a contract to supply database technology to the  Unique Identification Authority of India (UIDAI). 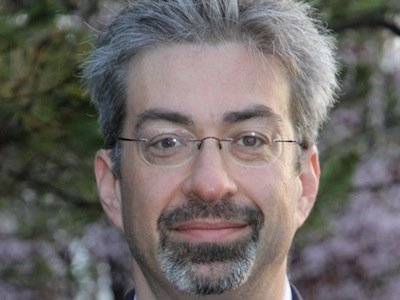 Max Schireson, CEO of MongoDB, has been racking up the air miles in recent weeks, shuttling between New York and New Delhi to tie up all the finite  details of the deal with UDAI, partners in the massive Aadhaar Diffusion Project, that will eventually see over one billion Indian citizens being issued with an identity card.

UIDAI have partnered with NASSCOM Product Council in the massive  ‘Aadhaar Diffusion Project’ designed to develop a digital identity infrastructure that will provide unique identity numbers to every resident of India which capable of being rapidly identified in any situation, either through  fingerprint, iris and/or one-time password  (OTP)  authentication.

According to industry reports, UIDAI were particularly interested in  MongoDB’s expertise in helping to manage massive databases, especially those constructed through using the huge expected amounts of unstructured data that will be part of this monolithic initiative.

A senior UIDAI official has already confirmed that the agency has entered into an agreement with MongoDB,  and their powerful database software is already being utilized in the early stages of of the project, particularly establishing and keeping track of a workable tempo at which the registration process can be maintained.

When the news of the agreement broke one or two eyebrows were raised, particularly because  MongoDB have recently advantage of investment funding from the body known as  In-Q-Tel fund,   known to be an offshoot of the US Central Intelligence Agency (CIA) as well as the broader US intelligence community.

The  In-Q-Tel fund’s stated mission is to identify, adapt and deliver innovative technology solutions to support the missions of the previous intelligence organizations

In-Q-Tel fall into the category of being the not-for-profit venture capital arm of  the  US intelligence organizations, which include not only the CIA but also the National Geospatial-Intelligence Agency, Defense Intelligence Agency and the Department of Homeland Security Science and Technology Directorate.

MongoDb count some of the United States’ major corporations among their client base among them Goldman Sachs and Metropolitan Life Insurance. Companies who are  required to handle massive quantities of data, initially gathered in a format, comprising a mixture of structured, semi-structured and unstructured information which is required to be assimilated in a single manageable format, through the use of NoSQL databases.

To date, the most  common users of  MongoDb’s  technology have come from within the  private sector, with their participation in the Aadhaar Diffusion Project looks likely to be the company’s largest project to date within the public sector.

Max Schireson is regarded as being one of the most talented  developers of NoSQL database technology, with more than fifteen years of experience in large scale database, web, and enterprise software solutions.

Max Schireson was  promoted from President to Chief Executive Officer at the MongoDB company at the end of January of this year.

Prior to joining  the MongoDB company in February 2011, Schireson spent seven years as Chief Operating Officer at MarkLogic, previous to that  9 years at Oracle Corporation in charge of a number of major tasks including Vice President of Applications Development, E Commerce and Self Service Applications, as well as being their Chief Applications Architect.