“Hit a Homer for HIAS Chicago this Hanukah” Campaign Launched. 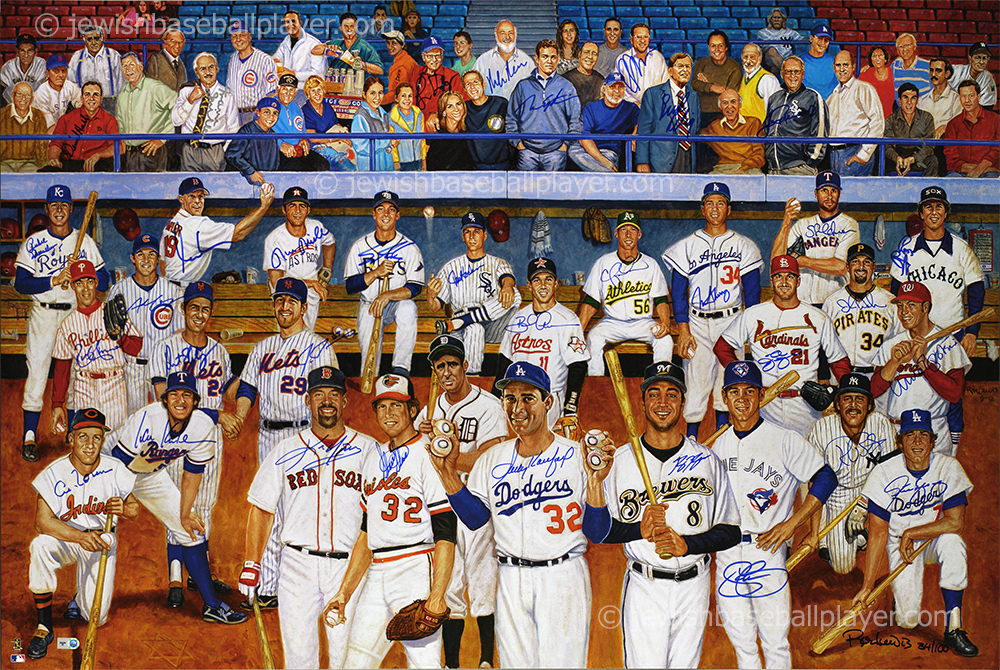 The Hebrew Immigrant Aid Society of Chicago (HIAS Chicago) has been chosen as a spotlight charity by JewishBaseballPlayer.com, producers of ”Jewish Baseball Players, ” the most significant Jewish sports art, announced that :

“We are excited about teaming up with JewishBaseballPlayers.com and benefitting from the creation of the art which appeals to our Jewish history as well as love of art and sports, ” said Jodi Doane, Director of HIAS Chicago.

The artwork also features former White Sox Pitchers Joel Horlen and Ross Baumgarten as well as infielder Keven Youkilis. Faces in the crowd include Jerry Reinsdorf, Theo Epstein and Jerome Holtzman. Bud Selig is represented along with two now deceased former Executive Directors of the Players Association, Marvin Miller and Michael Weiner. Great fans like Billy Crystal, Rob Reiner and Larry King are included as well.
“The art — Jewish Baseball Players — has been a big hit, ” said Greg Harris, creator of the program based here. “Nearly 50 have been sold in the first several months since we introduced Jewish Baseball Players. Moreover, almost $90, 000 has been contributed back to a variety of charities nationwide.”

HIAS Chicago has been an important respource since 1911 working for immigrant rights and assisting individuals and families seeking refuge from desperate conditions through the immigration process.

HIAS Chicago serves immigrants in the Jewish and other ethnic communities, assisting eligible individuals to achieve citizenship. HIAS Chicago also helps current U.S. Citizens to reunite with family members who are still living in their homeland. In the last three decades alone, HIAS Chicago has helped more than 36, 000 refugees from the former Soviet Union as well as thousands more who have come as immigrants to reunite with close family members in the Chicagoland area.

The HIAS Chicago mission to help families to find stability and raise their children with a sense of belonging in their new home is rooted in the Jewish values of Tikkun Olam (repairing the world), Tzedakah (acts of justice and good deeds) and Bruchim Ha’bayim (welcoming the stranger.)

While the primary concern is helping Jewish immigrants and refugees, HIAS Chicago services have expanded to serve others. The organization works in coalition with interfaith agencies and groups in Illinois and throughout the nation, advocating for fair and just immigration policies and practices.