Peres, who owns 17 shopping malls in Brazil, is looking to spread his wings. 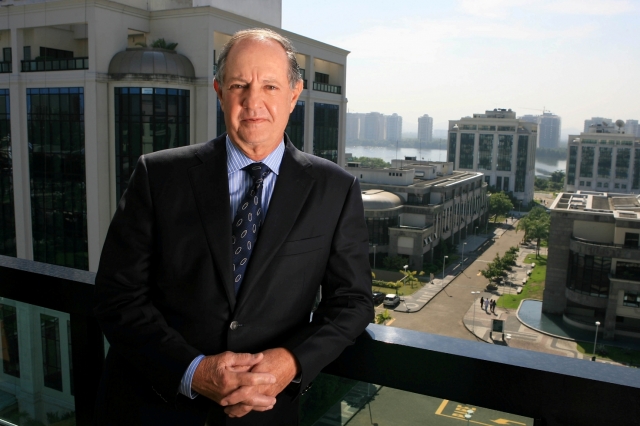 Brazilian billionaire shopping mall owner José Isaac Peres has recently admitted that he sees no option but to consider expanding his mall operations overseas, due to a combination of overcrowding in the markets as well as Brazil’s crippling trade barriers for the import of consumer goods and rising interest rates being a major factor in what Peres now considers  as neing a  stagnating domestic market.

Peres, who owns 31% of Multiplan Empreendimentos Imobiliários, the company which he founded and has grown to become the largest mall operator in Brazil , has announced that he is currently in initial discussions both with Peter Lowy of the Westfield Group, among the largest shopping mall operators in Australia as well as representatives of the US-based Simon Property Group who are part or partial owners of hundreds of retail real estate properties situated primarily in North America but also in mainland Europe and Asia.

According to Mr. Peres, Multiplan are also looking at other opportunities within South America with both Chile and Uruguay being regarded as potential market.

Despite the fact that Brazil is the second largest emerging global economy, running far behind China, its growth potential begin to stutter due to the fact that the Brazilian government has adopted a policy of applying high import duties, allowing the banks to charge steep interest rates will businesses operating in the country have to cope with an over excessive bureaucracy. Economic forecasts are that The Brazilian economy is liable to show expansion of just 2.45% during 2013 with the same forecast also for 2014. Growth figures which are considerably less than the Latin American average, a situation which is how he continued for the last two years.

Despite an ever increasing export market, domestic economy in Brazil has been on the downturn for the last few years, meaning that consumer spending has grown at a slow pace. Peres predicts that Rio de Janeiro-based Multiplan are heading towards posting their first annual drop in adjusted net income since 2006. 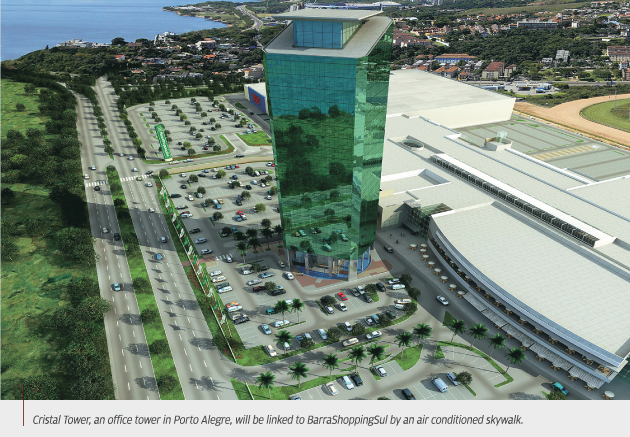 Not that Peres has anything to apologize about since Multiplan’s share value has more than doubled since the company made their initial public offering (IPO) in 2007, valuing the company at 10.1-billion Real ($4.4 billion) meaning that Jose Isaac Peres’s share in the company will be around 3 billion Real or $1.4bn.

In recent years, despite the downturn, Multiplan’s sales have consistently been stronger than in the retail sector in general, with its recently released third-quarter revenue showing an increase of 8.4% from the same period last year.

According to an analyst specializing in studying the retail market in Brazil Multiplan’s malls cater to wants consumers in the medium to higher income brackets, who spending power has not been as effective as those more social economic sectors of the Brazilian population .

Jose Isaac Peres has cast a giant shadow on the Brazilian property scene for more than fifty years.

When just 22 and studying for his Bachelor of Arts and Science, Universidade do Brasil in Rio de Janeiro, took the time out to establish a real estate development and sales promotion company in the city under the name of Veplan Imobiliária Ltda. Three years later, in 1966, Peres took on his largest project , the construction of the Cidade do Rio de Janeiro project, in Downtown Rio de Janeiro, where he succeeded in selling all of the apartments in just a matter of days.

By the beginning of the 1970s Veplan have grown to become one of the largest real estate developers in Brazil, and in 1971 Peres floated the company on the Rio de Janeiro Stock Exchange.

Two years later Veplan Amalgamated with the H.C. Cordeiro Guerra property group, to form Veplan-Residência. With the added financial power. Peres made his first moves into developing shopping centers building the Ibirapuera Mall in São Paulo, which opened in 1975.

During that year Jose Isaac Peres sold his shares in the Veplan-Residência concern from left to form Multiplan, where the company’s activities be focused solely on building and developing shopping malls.

The first mall under the Multiplan label opened in 1979 in the town of Belo Horizonte, to be followed during the eighties by a further four centers, RibeirãoShopping in the boom town of Ribeirão Preto, BarraShopping in Rio de Janeiro, MorumbiShopping in São Paulo; and ParkShopping in the capital city Brasilia.

During the Nineties, Multiplan took a minor change in direction expanding into the construction of residential and commercial enterprises whilst continuing along the same path of gradually developing shopping malls . In 1999 the company’s took its first steps on foreign soil, planning developing and managing a major shopping mall in Miami, Florida.

Another interesting development for Multiplan was the construction of their first shopping mall in the South of Brazil, theParkShoppingBarigüi completed in 2003, in Curitiba, Paraná state.

In 2007, Multiplan made their debut on the Brazil Stock Exchange conducting an initial public offering .

Since going public Multiplan have continued their expansion plans opening a number of major centers in Brazil’s leading cities and population centers.

With 17 shopping malls under their control as well as a vast portfolio of commercial real estate, Jose Isaac Peres, now 73 is looking to expand the successful Multiplan formula around the globe