On January 22nd last, Johnson & Johnson presented to the world its review of business strategy for its Medical Devices & Diagnostics group. This collection of businesses, with annual sales of over US$27 billion after the purchase of device maker Synthes for US$20 billion, ranked them as the largest medical technology business in the world according to their CEO Alex Gorsky, and accounted for over 40% of Johnson & Johnson’s total sales in 2012. 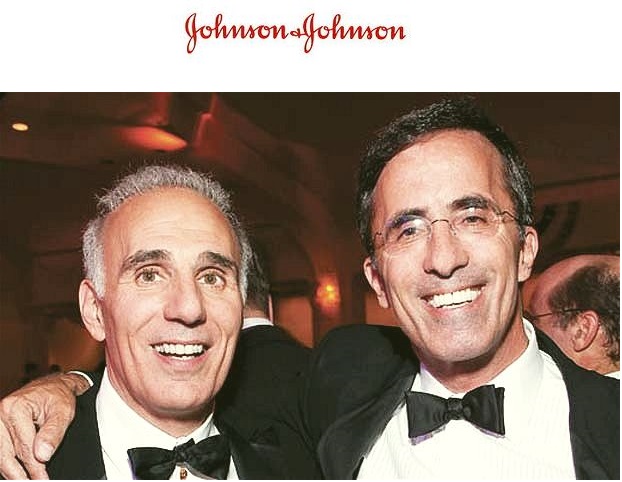 J&J’s Ortho Clinical Diagnostics (OCD) business, which makes blood screening equipment and laboratory blood tests, is one of its smallest components of that group, and likely something of a step-child in terms of glamour and internal competition for funds. Accordingly, as part of that same January review Johnson & Johnson announced in a press release it would be “initiating an exploratory process to evaluate strategic options” for the division and “All options will be evaluated to determine the best opportunity to drive future growth and maximize shareholder value”.

In the language of corporate bureaucrat-speak that can sometimes mean: “lets dress the division up for a sale unless somebody here proves otherwise in a hurry”.

The press release itself then continued with even more corporate double-speak: “Options include a possible divestiture if it is determined that OCD could have greater potential as part of another organization whose focus is more closely aligned with its core strengths, or by operating as a stand-alone company. At this time it is not certain that any transaction will be consummated.”

This statement may be seen clearly as an implied anticipatory general call for the world’s private equity groups, and others, to come visiting with their investment advisers.

Well, so it seems to be turning out. We learned from a Reuters report today, quoting un-named sources, that a much smaller technology/healthcare conglomerate Danaher Corp, founded by Steven and Mitchell Rales, may be teaming up with Blackstone Group to bid for the J&J diagnostics unit, possibly for as much as US$4 billion.

US$4 billion is a lot of money by any standard, and it would have a significant positive impact even on J&J’s balance sheet. According to Reuters, other private equity groups may also be in the running – no surprise there – including Bain Capital, the Carlyle Group, and also a partnership between CVC Capital Partners and Leonard Green & Partners.

If the Reuters report should be a “placed” story by, for example, J&J’s investment advisers – said to be JP Morgan Chase – this could serve two purposes. First, to show that progress is being made behind the scenes after many months of efforts and, second, also to signal to any potential additional laggards out there that if they might want to submit a bid they had better get a move on, as the train may shortly be leaving the station.

For Danaher Corp to make a bid would indeed seem to be a natural choice, and likely a good strategic fit for them as well. The J&J diagnostic unit reportedly has annual sales of about US$2 billion and currently competes with Roche, Abbott Laboratories and also Danaher itself.

Danaher Corp is a publicly listed company, initially cobbled together as a manufacturing conglomerate through several leveraged buy-outs by two brothers Steven and Mitchell Rales who founded it in 1979 and later took it public in the nineteen eighties as Danaher Corp.

In recent years they have sensibly re-focused the business and today Danaher is very much a Fortune 200 technology oriented company that designs, manufactures and markets products and services to professional, medical, industrial and commercial customers.

Danaher employs 63, 000 people around the world and in 2012 generated over US$18 billion of revenue from its five reporting segments. These are Test & Measurement; Environmental; Dental; Life Sciences & Diagnostics, and Industrial Technologies. The J&J division would therefore seem to fit, and Danaher could even be considered a strategic buyer therefore, possibly ready to bid a good price for it. A partnership with Blackstone would certainly make a difference too, if deep pockets are required to get the job done without too much leverage.

In the last three years the Danaher shares have done well, basically tripling to just under US$75 per share and today the company has a market cap of over US$50 billion. With net earnings of US$1.9 billion for the first nine months of 2013 just announced, and earnings for the full year expected of around US$2.5 billion, that reflects an approximately 20 times current P/E ratio.

The Rales brothers have been smart in choosing their shareholder structure too thus far, having diluted their own holdings over the years for the sake of growth. Like the Toll Brothers whom Jewish Business News reported on yesterday, Danaher also have two important long-term institutional shareholders, Boston-based Fidelity Investments with 5% and Baltimore-based T. Rowe Price with another 10%. The Rales brothers then hold another 13.2% of the company between them (on an almost but not quite equal basis). So altogether there is a significant hurdle in place if any outside activist groups wanted to get involved at a time when the company was vulnerable, either to the business cycle or to mistakes in its own execution.

By the way, by owning 13% of a US$50 billion market cap company the two Rales’ shares are worth around US$3.3 billion each, which isn’t bad especially if they have no debts against them.

Importantly in terms of its acquisition capacity, the Danaher Corp balance sheet is very clean, with just US$3.4 billion in total debt and over US$21 billion in book equity. However they do have a very large item for goodwill, from its many prior acquisitions, of over US$16 billion still in the balance sheet, which they seem to be amortizing over about 40 years – i.e. at a rate that certainly doesn’t hurt earnings.

Hence even with a reported book equity base of US$21 billion, a partner for a transaction such as buying the J&J diagnostics unit is probably a very good idea and Blackstone would clearly fit the bill very well. We shall have to see what is finally announced, or whether the Reuters report today was just a straw in the wind and nothing more. Rales’ shareholders for one will likely be pleased if a transaction should indeed proceed, provided they don’t drastically overpay for it.

About the Rales Brothers

Steven M. Rales, age 62, is an American businessman and Chairman of Danaher. According to Forbes he is listed as the 157th richest person in America, with a net worth of US$3.2 billion at September 2013.

Mitchell Rales, age 57, is an American businessman, a Director of Danaher and Chairman of its Executive Committee. Forbes lists him as the 134th richest person in America, with a personal net worth of US$3.4 billion at September 2013.

Steven and Mitchell are two of the four sons of Norman and Ruth Rales. Their father was a self made businessman, who grew up in an orphanage and later sold his building supply company to its employees in the first ever employee stock ownership plan (ESOP) transaction in the United States.

The brothers grew up in Bethesda Maryland. Steve took his BA at Depauw University and graduated from Law School at American University. Mitchell graduated in business at the University of Miami in Ohio. They founded their company together in 1979 as Equity Group Holdings, and like many others in those days deployed junk bonds extensively to build their first holdings. The company name was changed to Danaher Corp in 1984 – the name of a river where they used to go fishing together.

He is a major supporter of philanthropic causes, including the Washington Ballet. He was also a major donor to the dedication of the Peeler Art Center at his alma mater DePauw University in 2002.

Steven Rales is married to Lalage Damerell whom he married in 2012. He has three children by his first wife Christine Plank.