No sooner is completion nearing for Gary Barnett’s 1, 000 foot high residential condominium tower “One57”, located naturally enough at 157 West 57th Street in New York, than his company Extell Development is preparing to put up an even bigger one just one block further to the west at the corner of West 57th Street and Broadway.

The conception of their first one, “One57” itself, has now been vindicated by an apparently very strong market demand for enormous ultra-luxury needle towers selling at very high prices, and which is now spurring imitators. One57 itself might have been a good deal higher but for a failure of nerve in the planning stages when several storeys were lopped off the top. The very opulent looking building now being completed was designed by Christian de Portzamparc. 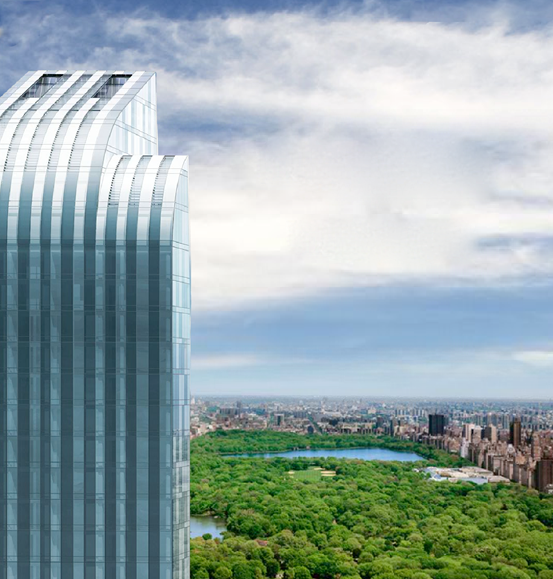 Accordingly, Extell are now planning this latest tower to be 40% taller – at 1, 423 feet high. Initial renderings from the architects Adrian Smith + Gordon Gill have now been published (in the Wall Street Journal) after they were recently presented to, and approved by, New York’s Landmarks Preservation Commission as part of the planning process.

They show a rather beautiful building, and a model of minimalism except where the design cantilevers 28 feet over when it is about 300 feet up. It does this once it clears the air over a smaller building adjacent to it, which is the landmarked Art Students League – hence the involvement of the Landmarks Preservation Commission. When finished the new tower will be the tallest residential building in the United States, though the architects have already designed higher towers for a number of their Middle Eastern and Asian clients. Adrian Smith + Gordon Gill were the designers, for example, of the fabulous 2, 716 feet high Burj Khalifa in Dubai which is the tallest building in the world.

Once any remaining necessay approvals have been obtained, and construction financing secured, the building will be clear to go. A Nordstrom department store is planned for the ground level followed by a hotel and then the slimmest portion of the tower to provide the residential component. 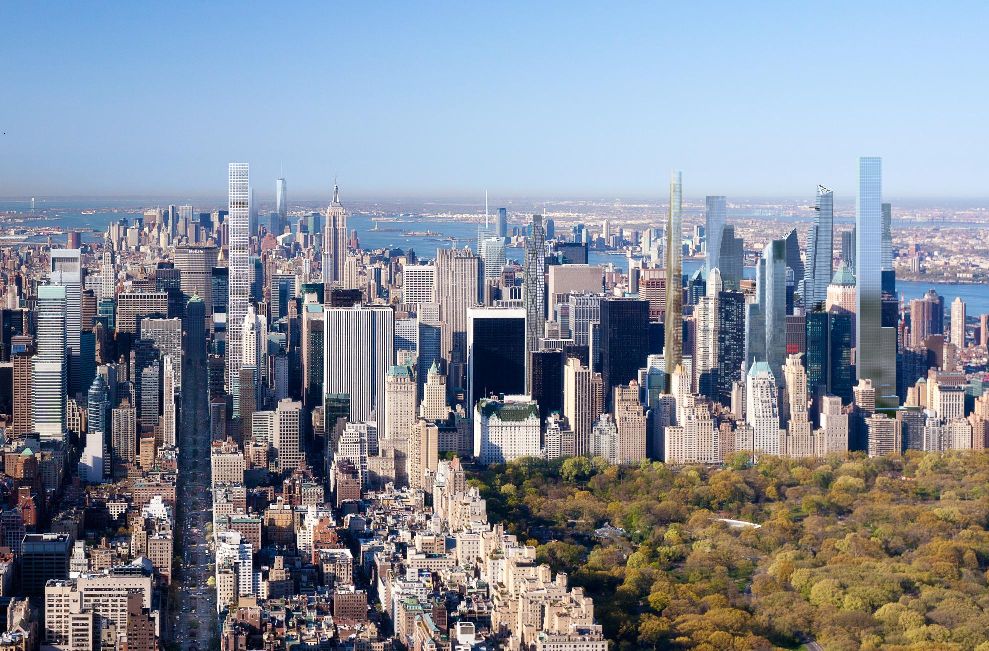 
The cantilevered design has a couple of extra twists in it (sic!) too, as by slightly moving the main tower over a bit (on top of the landmarked Art Students League building, remember) this will then permit a competing project planned by rival developer Vornado Realty to also have unimpeded views of Central Park. And, it also has the benefit (according to the website Curbed) of permitting the planned Nordstrom department store to be column free in its main retail areas. Real estate execution is all about large and small details, any of which can make a big difference to the success of a project…. here the cantilevered design element therefore solves three separate problems, and looks very cool too.

With mega prices for apartments being bid and asked these days, New York has once again become the destination address of choice for overseas buyers who are bidding up prices to astronomic levels. So much so that even seasoned New York development veterans have become a little alarmed. It may be good for them when they are selling, but it also pushes up their costs to compete for new projects as well, so it can be a decidedly mixed blessing. 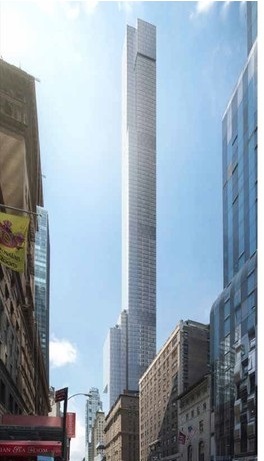 There is a story of two diamond merchants who kept selling each other the same diamond for many years, quietly and regularly inflating prices at a moderate rate of increase only, who then become disappointed when an outside third party comes in and spoils the game buying from one of them.

The big New York real estate players would prefer if they could to keep the game going strictly amongst themselves, and are only really happy to sell to outsiders in the very late stage of each successive real estate cycle, knowing they can buy it all back again in the next crash when the foreigners pack up and leave town. This has played out several times in the past, but this time many of the foreigners are coming just with cash, like the Chinese, and don’t need borrowing – this could very well make it much harder to dislodge them later.