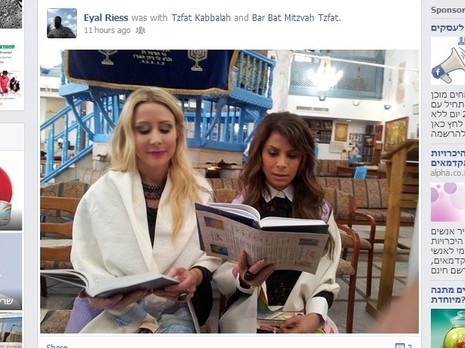 Paula Abdul was seen making up for lost time last week, during her first trip to Israel. Ms. Abdul was here as an official guest of the Israeli ministry of tourism.

In a hectic, whistle stop tour of the country Paula Abdul has covered a lot of ground visiting some of the country’s holy sites, museums as well as its famous open-air markets, with the weather being favorable for late October.

In Jerusalem, Ms. Abdul was also the guest of  Israeli President Shimon Peres at his official residence.

However the undoubted highlight of her visit for Ms. Abdul would have to have  been when  she celebrated becoming  Bat Mitzvah in a simple service led by Ayal Reiss,  Rabbi of the Kabbalah Center in Tsefat in the North of Israel.

During the course of her trip, Abdul discussed with President Peres that she intended to return to Israel in the near future, and to become a Bat Mitzvah, possibly at the Western Wall in Jerusalem. However when the possibility to “ go up to the Torah” presented itself in Tsefat, she obviously decided to wait no longer. 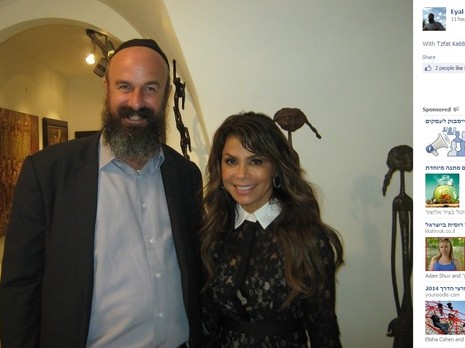 Ms. Abdul stated that beyond being Jewish, she has always found herself to be “ very much in tune with spirituality, ” and feels very grateful about coming to Israel at this stage of her life and her career, when she can appreciate more of her surroundings and its history and significance.

“I’ve traveled the world touring and things like that but I don’t get the chance to see much of wherever I happen to be, although this has to be the most magnificent trip I’ve ever taken, both magical and emotional.” Paula Abdul summed up her remarkable  visit. 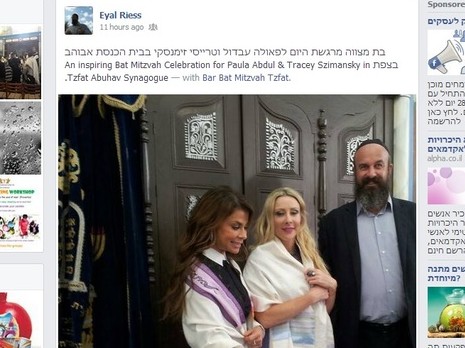 Paula Abdul was born in San Fernando, California, first began her career in the entertainment industry as a cheerleader and dancer for the Los Angeles Lakers. Her dancing and choreography skills pushed her to prominence during the nineteen eighties known as at the height of the music video era.

During that time Abdul began her career as a recording artist, enjoying a series of six number one single hits during the late eighties and early nineties. As a recording artist Paula was awarded as a Grammy for “Best Music Video – Short Form” for her singing and dancing on one of her best remembered single hits “Opposites Attract” as well as twice winning the “Primetime Emmy Award for Outstanding Choreography”.

Paula’s contributions to choreography were recognized in January of this year when
She was presented with the Lifetime Achievement Award at prestigious Carnival: Choreographer’s Ball. 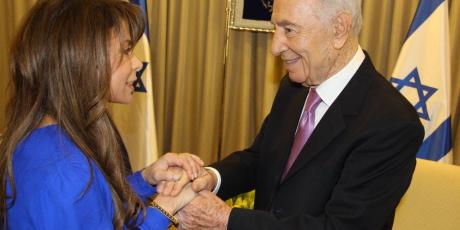