Chanoff is awarded the prize for his tireless work at RefugePoint, defending refugees in extreme danger. 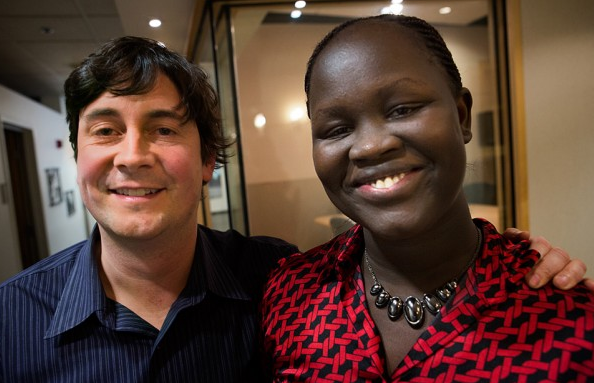 Sasha Chanoff has been named as this year’s recipient of this year’s Gleitsman International Activist Award. The award is presented biannually by the Center for Public Leadership (CPL) at Harvard Kennedy School (HKS). The award comes with a cash endowment of $125, 000 as well as a unique sculpture designed by Maya Lin, the creator of the Vietnam War Memorial.

The Gleitsman International Activist Award, initiated by the late film producer, Alan Gleitsman in 1993 is presented to a community leader that has been picked out by the center’s committee as having “improved the quality of life the World’s developing countries and inspired others to do the same”.

Sasha Chanoff will receive the award in recognition of his tireless work as founder and executive director of RefugePoint, the nonprofit organization that he founded with the goal of both protecting as well as developing solutions for the refugees of the World whose lives are deemed to be in immediate danger.

Chanoff became aware of the plight of refugees after spending a number of years in Africa working firstly for the UN Refugee Agency and later the International Organization for Migration.

Chanoff founded his own non-profit organization, known as RefugePoint in 2005 to provide the assistance to some of Africa’s most vulnerable refugees, in the Congo, Darfur, Sudanese and other points across Africa. To date, Chanoff, through RefugePoint, has channeled close to twenty thousand refugees to a new and better life in a number of countries out of Africa, as well as helping another 8, 000 refugees, particularly from Nairobi and Kenya to relocate to another more stable country on the continent.

According to David Gergen, co-director of the Center for Public Leadership announcing that Chanoff would be this year’s recipient of the Gleitsman International Activist Award, Sasha’s transformational leadership in the field of social justice and humanitarianism has been extraordinary. “In the worst of the African refugee crises, RefugePoint has helped to save the lives of thousands of the most at-risk displaced women and children.” Gergen summed up.

Past recipients of the Gleitsman International Activist Award have included Nelson Mandela, Muhammad Yunus with the most recent recipient being Teresa Ulloa Ziáurriz, Director of the Coalition against Trafficking Women.

The award will be presented to Sasha Chanoff, on Tuesday 5th November, at a special reception to be held at the Harvard Kennedy School, in Cambridge, Massachusetts.

The Center for Public Leadership was established through a generous gift from the Wexner Foundation. Its community goal is to advance the frontiers of knowledge regarding leadership through research and teaching.

Sasha Chanoff was born in Finland and grew up in the U.S. His great grandparents emanated from Russia, having succeeded in escaping the pogroms and persecution suffered by Jewish people. Chanoff recalls how much the stories of the traumas that they went through, had shaped his decision to help the persecuted.

After completing High School, Chanoff graduated with a B.A. from Wesleyan University in Middletown, Connecticut, later going on to earn his a Master’s degree in Humanitarian Assistance through a joint program run between the Tufts University Fletcher School of Law and Diplomacy and the Friedman School of Nutrition, Science and Policy. The degree was a joint program implemented through the Tufts Feinstein International Center, focused on Non-governmental organizations (NGO) management, handling a number of aspects including the provision of humanitarian and nutritional aid in complex emergencies, as well as forced migration.