Details of the endowment was announced  by Ms. Safra at the foundation’s  recently held annual benefit. 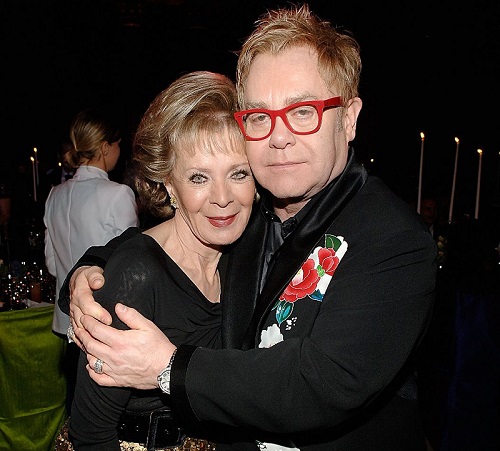 In a star studded yet emotional evening in New York, Sir Elton John recognized the supreme efforts and generosity in aiding the foundation that he founded twelve years ago, at their annual benefit.

Highlight of the evening was when Sir Elton along with Foundation chairman David Furnish  presented EJAF’s very first Founder’s Award to  Hillary Rodham Clinton, former US Secretary of State. The award was presented in appreciation of a speech that  Secretary Clinton made at the International AIDS Conference declaring that “gay rights are human rights and human rights are gay rights”.

Other supporters of the foundation  who were recognized during the event were Ronald O. Perelman, Howard Ross and  Lily Safra.

During the evening Ms. Safra that she would be pledged a $1 million gift in support of EJAF’s grant-making programs. Announcing her gift Lily Safra expressed her feeling of  privilege  to be able to support the life-saving work of the Elton John AIDS Foundation, ” “not only because Elton and David are such dear personal friends, but most importantly because I know how vital EJAF’s grants are to service providers and advocates working on the front lines of this epidemic. “We have a once-in-a-generation opportunity to bring this epidemic under control if we act now. I am so proud to continue my support for this extraordinarily effective organization.” Summed up Ms. Safra, chairperson of the  Edmond J. Safra Foundation

Accepting Ms. Safra donation on behalf of the foundation, Sir Elton John pointed out that  Lily Safra is a cherished and treasured friend and a critical ally for our cause, who truly understands the challenge we face—not only the dangers and obstacles ahead, but more importantly, the unprecedented opportunity we have right now to make significant inroads against this epidemic. “ Lily has stepped up to play a significant role in finding enduring solutions and I cannot possibly thank her enough for her wonderful friendship and devotion to our urgent mission.” Sir Elton wound up his words of appreciation.

Edmond and Lily  Safra  were married in  1976, remaining happily married for more than 23 years, till Edmond Safra’s died in a fire at his home in Monaco in 1999.

Lily Safra, is known for her support for a number of charitable foundations, through the Edmond J. Safra Foundation, which she chairs, particularly involved in supporting medical research and humanitarian relief.

In this article:Finance, Hillary Rodham Clinton