The recent fundraising campaign to help sufferers of the rare aging disease has raised considerably more than its target, giving  Kraft  the opportunity to keep his promise. 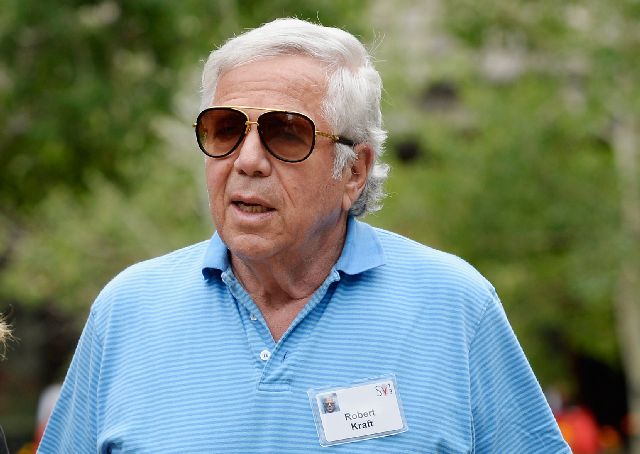 The fundraising campaign organized by the Progeria Research Foundation has collected $678, 262 so far in the fight to help sufferers of  the disease which is an extreme form of premature aging.

With the disease being so rare that most  people in America were unaware of it, until the documentary story on the life of Progeria sufferer,  Sam Berns, produced by HBO, entitled “Life According to Sam”, which was shown on National  television on Monday, October the 21st .

Prior to  the documentary making its television debut,  Robert Kraft was  given a preview showing. Apparently, Kraft was so mover that he increased his initial pledge to donate $100, 000 to the appeal five fold on the condition that it would be matched by the same value of donations.

Such was the response to the heart rending documentary, that the foundation has already managed to match that target, and  the donations continue to flood in prior to its closing date of the 31st of October.

Thank’s to  Robert Kraft’s  pledge, the total  for the appeal now stands at close to nearly $1.2 million.

Audrey Gordon, president and executive director of the Progeria Research Foundation expressed her appreciation of Kraft’s magnanimous gesture and how it will open the door for other Progeria sufferers, all of them children, to be able to participate in our clinical trials, and finance further research that hopefully may one day discover a cure for the disease, who sufferers have a life expectancy going in to  their teens.

. “We have more work to do, and yes, more money to raise. It’s going to take $3 million more to assure that every known  Progeria sufferer  can participate in clinical trials.” Ms Gordon summed up.

Sam, who comes from a Jewish Family, lives in  Foxboro, Massachusets, where he attends regular High school and is active in school activities as well as being a member of the Boy Scouts despite his condition.

The foundation was established 14 years ago by Gordon along with Berns’ parents, Leslie Gordon and Scott Berns, both doctors.

As the current appeal winds down to outstanding success, Audrey Gordon too the time to thank all the thousands of donors who ranged from new and longtime supporters of the foundation, including a number of  Hollywood celebrities, all of whom  “dug deep and rallied around this challenge with energy and enthusiasm that was contagious and uplifting.”

Robert Kraft was born and raised in Boston, Massachusetts. After completing high school, Kraft went on to graduate from Columbia University, later going on to receive his Masters from Harvard Business School in 1965.

Apart from his business and sporting activities Robert Kraft has always been active in the field of philanthropy, reported to have donated over $100 million to a variety of philanthropic causes both in America and in Israel, focused around education, health care and the furtherance of sport for youth among other causes.

Among the many institutions that the Kraft’s have supported over the years are Columbia University, Harvard Business School, Boston College, Tufts University, and the Dana Farber Cancer Institute in Boston.

In this article:Finance, Robert Kraft