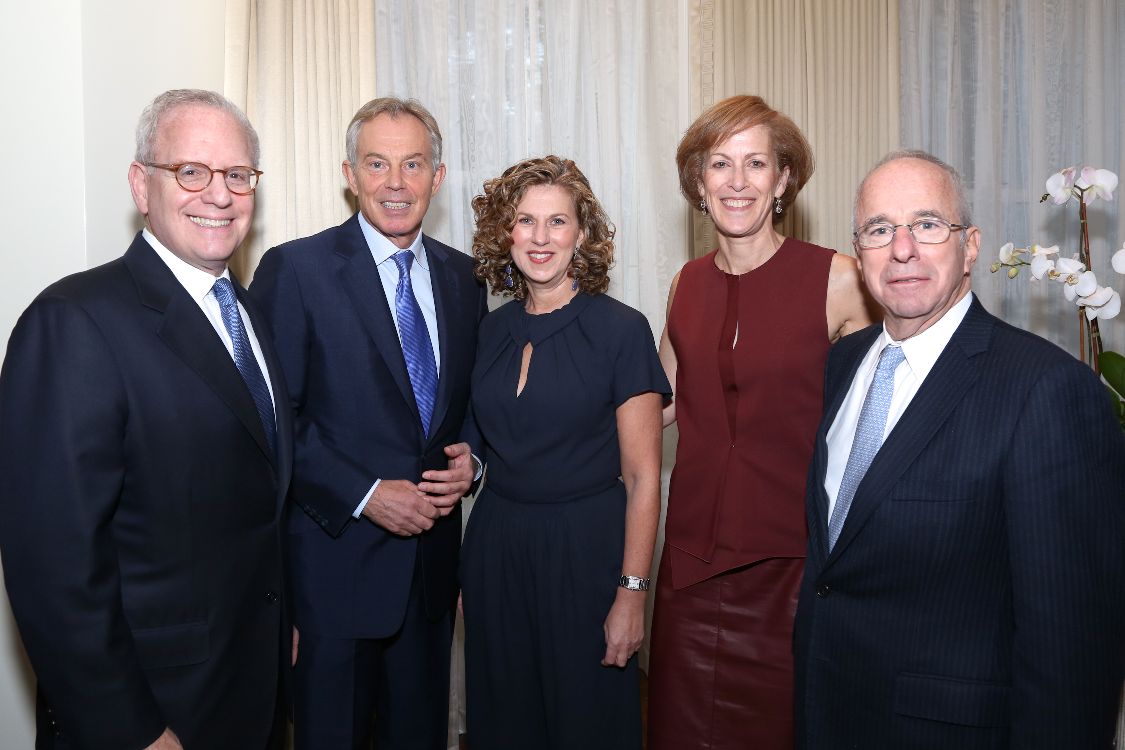 UJA-Federation of New York raised a record-breaking $46 million, an increase of $1 million from last year, at its 2014 Annual Campaign kickoff event held at the home of Merryl and James Tisch on October 24, 2013. A record turnout of 150 philanthropic leaders from the New York Jewish community gathered to pledge their support of UJA-Federation’s work to address economic, educational, and community needs, and respond to local and global crises.

“No other organization is better prepared to meet the needs in our community, every day and in the time of crisis, than UJA-Federation, ” said Alisa Doctoroff, president of UJA-Federation of New York. “This is what makes UJA-Federation so unique, and this is why the leaders of the philanthropic community trust and choose UJA-Federation to determine how best to allocate funds to make the biggest impact.”

“Our campaign has launched successfully because of unmatched acts of charitable kindness, ” said Linda Mirels, chair of UJA-Federation’s board. “This generosity will be felt throughout the community, when UJA-Federation provides critical support for its unparalleled network of camps, community centers, Hillels, human-service agencies, and overseas agencies.”

“Through our collective efforts, UJA-Federation can respond to both crises and opportunity, ” said John Ruskay, executive vice president and CEO of UJA-Federation. “Last year at this time, Hurricane Sandy hit. Even as we were responding boldly to emergency needs, we were sending kids in Moscow to Jewish summer camps, bringing Ethiopians home to Israel, and making sure that Holocaust survivors didn’t go without care. That is the power of UJA-Federation and what we make possible.”

Launched nearly 30 years ago, the annual campaign kickoff event has brought together leading philanthropists who care deeply about strengthening the Jewish community and has raised more than $800 million.

Rt. Hon. Tony Blair, former prime minister of Great Britain and Northern Ireland,  was the guest speaker, discussing the work of his foundation and his commitment to working toward peace in the Middle East.

About UJA-Federation of New York

For more than 95 years, UJA-Federation has been a central force for communal planning and philanthropy in the New York Jewish community. Through UJA-Federation, almost 60, 000 donors pool, nearly 100 network beneficiary agencies, synagogues, and other Jewish organizations, in more than 70 other countries around the world, touching 4.5 million people each year.

In this article:new york, Finance