CEO Sagi Schlisser: The capital will help us become one of the world’s leading gaming companies. 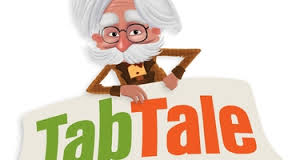 Children interactive app developer TabTale Ltd. has raised $12 million in its second financing round. Magma Venture Partners, the lead investor in the first round, led the new round, and was joined by Qualcomm Ventures, Vintage Investment Partners, and private investors.TabTale raised capital earlier this year, and the current round brings the amount raised to $13.5 million.

TabTale CEO Sagi Schlisser says, “The capital will help TabTale to continue the realization of its rapid growth strategy to become one of the world’s leading gaming companies.”

TabTale is one of Israel’s most successful gaming companies. The company’s games, designed for children aged 7-13, have already achieved 200 million downloads and generate $15 million in annual revenue. The company reached seventh place in the AppAnnie rankings of games for iOS, one ranking below Angry Birds’ developer Rovio, and two places behind Disney.

Schlisser, Oran Kushnir, and Nir Bejerano founded TabTale in 2010, and it became profitable in late 2012. The company recently began distributing games of third parties in addition to developing its own games. A few months after releasing Pet a Pet, it is now releasing Disky, developed by Israeli game development studio Playful Shark Ltd.