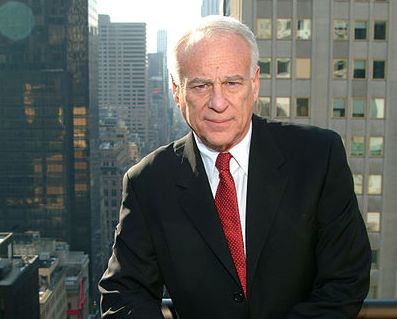 V-Cars, LLC, a US, corporate entity from Delaware, formed to manufacture and market Chinese made vehicles in North America, filed a huge lawsuit, seeking NIS106 million (about US$30million) against Israel Corp, a publicly traded company controlled by Idan Ofer. V-Cars was established in 2004 as a start-up that searched for a Chinese car manufacturing company as a partner, in order to build in China cars fit for the demands of the American market, which it could then market there. V-Cars was founded by Malcolm Bricklin (aged, 74) a successful and prominent entrepreneur who is well known in the American automobile market. Earlier, in the nineteen sixties he commenced importing Subaru vehicles to the US, selling them there and later was behind the import to the US of the Yugo, a small car which was made in the former Yugoslavia.

The lawsuit states that a joint venture was to be formed between the plaintiff and a Chinese corporation called Chery Automobile. The idea was to produce vehicles in China, then export and distribute them to various places in the world. Within the project’s framework, the plaintiff approached Israel Corp and elicited from them an interest in it, offering them the role of a passive investor. An investment was then to have been made together with the plaintiff.

According to the plaintiff, it presented its business plan for the project to the Israeli company – which at the time, it is alleged, had no knowledge or experience regarding the car market. In addition, V-Cars represents that it exposed confidential materials to the defendant and also provided an introduction to Chery Automobile and even provided the former with comprehensive and confidential business information about the latter.

The plaintiff asserts that the relationship ended when defendant repaid it “evil for good”, acting with extreme bad faith and breached understandings between the parties. It is alleged moreover that with the aid of misrepresentations Israel Corp undermined the plaintiff and, behind its back, usurped its position in the project.

The plaintiff claims that Israel Corp. weaved a web of false representations in order to deceive it, while robbing it of the fruit of its labor as it clandestinely conducted an independent negotiation with Chery Automobile that resulted in direct business ties between the two, in which the exact same deal developed by plaintiff was duplicated, only with Israel Corp stepping into its own shoes.

The plaintiff contends that it was its’ initiative to manufacture, at low cost, over 200, 000 vehicles annually in China that would be branded as premium vehicles to be sold the world over, but at lower prices than comparable ones in the same vehicle categories.

The plaintiff accuses Israel Corp of stealing its idea and then executing the concept while using its trade secrets. It claims that it was the plaintiff who introduced defendant to Chery Automobile — not the Norwegian investment company Pareto Group to whom defendant paid a fee of three million dollars for an introduction.

The lawsuit also asserts that Israel Corp did not itself conceive of the idea of a joint venture with a Chinese corporation at low costs, globally marketing its products as luxury vehicles that would be significantly less expensive than their competitors in the same vehicle categories.

Instead the plaintiff pleads that Israel Corp usurped it from the project, and only became aware of it due to plaintiff’s doings to that effect, and despite the defendant agreeing to participate only as a passive investor. As a result. the plaintiff asserts Israel Corp received a most significant benefit at the plaintiff’s expense, when taking into consideration the profits it stands to gain as a result of the joint venture it finally formed with Chery Automobile.

Accordingly the plaintiff is asking for compensation that will award it the value of the benefit of the bargain of which it claims it was purposely deprived by defendant. It seeks its share of the anticipated income from the venture, which it claims amount in total to NIS 596 million (about US$170 million). However, for sake of keeping the court filing fees low the plaintiff has reduced the amount sought to NIS 106.4 million (about US$30 million).

According Reuters, in July 2013 Bricklin obtained an award of US$2 million from a Detroit jury in a case brought against a former employee Dennis Gore in a similar lawsuit. He has also filed a number of suits around the globe to recoup losses and collect damages from the failed deal. The largest such lawsuit, filed in federal court in Detroit in 2008 against Chery and other defendants, charged racketeering and sought US$26 million for the loss of its initial investment by Visionary (an earlier name for V Cars) and at least US$1.1 billion to account for the loss of projected earnings.