Dell, after winning the battle to take the computer hardware company private has released his manifesto for the coming years, while throwing in a small bonus for the shareholders. 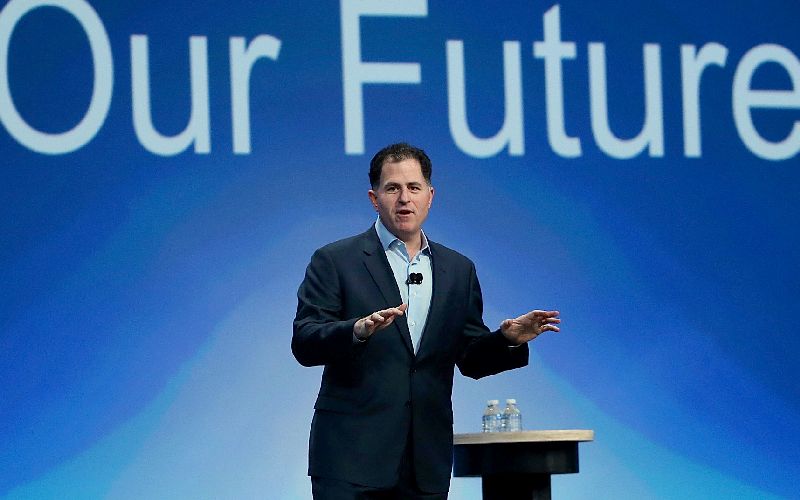 Without being too specific on his reasons, Michael Dell authorized the payout cash dividend of $0.13 per share, possibly as a way of saying thank you to the computer hardware giant’s shareholders for their loyalty in standing firm during  his recent successful campaign to take the company back into private hands. Eventually Dell successful in winning shareholder approval for his privatization plans, in partnership venture capitalists Silver Lake Partners over the coming months.

In the meantime, all Dell shareholders on record by the 28th October 2013 will be paid upon successful closing of the pending merger transaction, expected to happen some before the end of the third quarter of Dell’s financial year, which begins on the first of November 2013 and ends at the end of January 2014. Expectations are that Michael Dell will time the payout to fall just around the Festive season, making for an agreeable Christmas gift.

At the same time, Dell has taken the opportunity to release his long term manifesto for the company after its privatization comes into effect. Going under the title of the “2020 Legacy of Good Plan” Dell’s plan is, as to be expected, reasonably ambitious whilst retaining as realistic tone, as the company prepares to face the challenge of transferring the production and marketing philosophy moving into the mobile age

Michael Dell’s manifesto, no less than 69 pages long, describes his vision of a long-term and collaborative “framework designed to aggregate and accelerate the ways that Dell and its Internet Technology (IT) solutions will make life easier for its customers, while Dell development and production teams, covering all facets of the company’s operations, will continue to make lasting contributions to the planet and society.”

Dell also confirmed his resoluteness to work hand in hand with industry stakeholders, taking in suppliers, partners and even competitors in the industry, with a view to formulating the means to more accurately assess the “net positive” impact of IT on society, including the ways IT customers use and benefit from increasingly environmentally-sustainable and efficient IT solutions.

Michael Dell wound up his plan for the company, by confirming his target for the company that “just might change the world” by 2020, through a total 20 major goals, based not only business plans but making a general difference to the environment, through helping reduce greenhouse gas emissions through developing products that use 80% less energy, more efficient handling of waste generated by Dell’s production plants, ensuring that all of the packaging used for Dell products are sourced from sustainable materials, and either recyclable or compostable.

To wind up the energy conscious chapter of the Dell Manifesto, Michael also promised that his company will place their considerable resources into recovering and recycling the more than two billion pounds of used electronics spread around the world.

Dell also turned his considerable wisdom and compassion to the subject of doing well for the community, by promising that no less than 75 percent of Dell Employees, currently numbering 110, 000 over the worlds will be involved in some form of community service by 2020, through applying the company’s expertise and technology in helping deprived communities. Dell anticipates that by through the company’s action the will be able to provide hands on assistance to three million youth throughout the world, who in turn will be enabled with knowledge to help millions people to have a greater understanding of technological developments.

Michael Dell summed up his 2020 Legacy of Good Plan by admitting that he has set the bar high for himself and his company, pointing out that his plans for the future are not only about setting sustainability goals for the next financial year, or even the one that follow it, but also about creating a vision and sharing it, through collaboration in order to achieve a long-term culture of sustainable social and environmental change.

Michael Dell is currently ranked the 41st richest person in the world, with a personal wealth of around US$15 Billion.

In January 2013, Michael Dell announced his bid to take Dell Inc. private, and that he was prepared to pay out for $24.4 billion to make for the largest leveraged buyout since the nineteen thirties. After a long battle, particularly involving activist investor Carl Icahn, Dell finally approved shareholder approval for his plan at a special meeting at the end of September.

Michael Dell was born and raised in Houston, Texas. The young Dell began to show exceptional intelligence as well as a keen head for business at an early age. Even while he was still on his early teens, Dell already had established an investment portfolio dealing in stocks and precious metals.

When he was just 15, Dell invested some of his earnings in an Apple II, which he promptly took apart and re-assembled to learn and understand how it operated.

Dell completed high school in Houston, whilst spending a lot of his spare time promoting various business ventures while studying the world of computers and their increasingly growing place in society of the early nineteen eighties, turning the knowledge he gained into lucrative enterprises that saw Dell gradually build up considerable capital, even before he completed high school.

During his freshman year at the University of Texas at Austin, Dell began to take advantage of his practical knowledge of computers by selling upgrade kits for computers to his fellow students. His enterprise became so successful that Michael applied for a vendor license that enabled him to bid on contracts for the State of Texas, where he succeeded in considerably undercutting the competition, by cutting out the traditional overhead that a computer store had to contend with.

In 1984, when aged just nineteen Michael Dell began to market upgraded PCs, kits, and add-on components on a full time basis, recording sales of around $65, 000 recorded for that year, having the vision to incorporate his company under the name of “Dell Computer Corporation” and began operating out of a business center in North Austin.