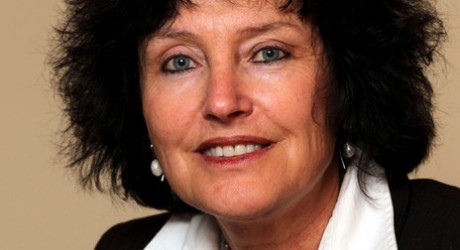 For several months now Finance Minister Yair Lapid and Prime Minister Benjamin Netanyahu have struggled to mutually agree on a candidate that could survive both the due diligence process and their own political preferences. Stanley Fischer gave up the job at the end of June after earlier announcing his departure, and Karnit Flug has been holding the reins since then until the new incumbent should be appointed. What is that they say about possession being nine tenths of the law? Not only in real estate it seems.

Now after several false starts they have finally done the right thing and appointed her to the top position, after having indeed been Stanley Fischer’s preferred choice from the beginning to succeed him.

In penetrating the glass ceiling in this way Karnit Flug is following in some excellent company. Gill Marcus is the current head of the South African Central Bank, and just ten days ago Janet Yellen was appointed to lead the United States Federal Reserve Bank itself by President Obama. It is quite likely indeed that this event also helped overcome Bibi Netanyahu’s reported earlier strong opposition to her appointment. Chauvinism dies hard and male chauvinism dies harder.

However it has not been an easy road to what has turned out now to be likely a very sound choice, one which Lapid and Netanyahu should therefore finally be congratulated for as well.

The first choice they made, and publicly announced, former Governor Jacob Frenkel went up in smoke partly over allegations of potential miscreance in an airport store in Hong Kong years ago. That was probably a good thing as he had been Governor of the Bank in an entirely different economic era; one characterized by serious inflation and not the inflation free, zero lower-bound liquidity trap, constrained economic world we have lately been stuck in. It was not clear to anyone that he had changed his own ideas to match.

The second choice Lapid and Netanyahu could agree on together, Professor Leo Leiderman of Tel Aviv University also went up in smoke shortly after it was announced when it transpired he is a fan of astrology in his spare time. And, as well, murky non-specific allegations of sexual harassment apparently lurked in the background to the withdrawal of his candidacy too.

That left former Governor of the Argentina Central Bank Mario Blejer, Professor Zvi Eckstein and banker turned business man Victor Medina as the only horses from outside the Bank left in the race. For a time it seemed the two politicians could not agree on anyone at all, thus the Mexican standoff, even as the public service Turkel Committee finally took some extra time to carefully vet the remaining candidates giving them some cover.

Until today it was thought Prime Minister Netanyahu favoured Victor Medina and that Yair Lapid favoured Zvi Eckstein. Accordingly many punters had been expecting Mario Blejer to be a shoe-in as the compromise candidate of the day. For a brief period, too, after Janet Yellen was appointed to the Fed there were rumours Netanyahu had even offered the job to Larry Summers only to be turned down.

Thank goodness for that! So in the end it was indeed a compromise candidate that Lapid and Netanyahu have now agreed upon, only a different one – the Deputy Governor who was quietly minding the store; until, likely, Janet Yellen helped to break the glass ceiling in two places at once.

Karnit Flug now has a difficult job to do as the levers of monetary policy are not easy to use in a low interest rate environment, the shekel has been showing signs of becoming something of a minor petro-currency and the needs of the middle and lower segments of the economy in Israel are great.

With the recent interest rate cut she pushed through, which she has been criticized for by some, Flug clearly recognizes the housing sector pricing issue is much more dependent on supply than it is on credit and that the needs of exporters should take priority as the shekel has continued to strengthen.

We can only all wish her well as she takes the job on.
–