Apple’s new campus will serve as a monument to their founder, the late Steve Jobs. 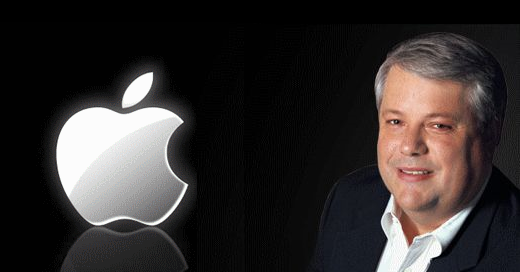 At Apple they don’t do anything by half’s list seventy appears to be true when it comes to the high-tech giant’s proposed new campus site to be built on a site in Cupertino, in Santa Clara County, California. Cupertino is the site of Apple’s current campus as well as being   one of the late founder Steve Jobs favorite cities.

The site,   formerly the campus of another computer giant Hewlett-Packard, covers an area of 175 acres, and anyone looking at it would say that would make a very fine campus indeed. But if you are Apple and have an estimated four hundred million dollars in the bank then you can forward to be a little extravagant.

And that’s what, according to Peter  Oppenheimer chief financial officer for Apple for many a long year, they intend to do with the site. To begin with, when the campus is completed, sometime during 2015 , it’s 175 acres  will comprise around about 80 percent open space and parkland.

In a recent interview when a full-scale model of the planned project was unveiled to the press Oppenheimer revealed that the company has treated the building project just as we would any Apple product.

“ After all,  this will be the place for the most creative and collaborative teams in the industry to to come together and innovate for decades to come.”

Thanks to a breathtaking design concept created by one of the world’s leading architects Sir Norman Foster and his team,  Apple Campus 2 has the potential of becoming  one of the wonders of the modern world, situated  in the very heart of Silicon Valley.

According to Oppenheimer Apple Campus 2 will serve in no uncertain fashion as a monument to Apple’s iconic co-founder, whose dream it was to build such a campus, and pastor many of his concepts before his passing to the company’s current design Svengali, Jony Ive, who Jobs often described as his spiritual partner at Apple.

According to  Oppenheimer, the design concept of Apple Campus Two will be all about collaboration and fluidity, based around a very open-spaced circular based system, in keeping with the  Jobs and Ive philosophy in which, buildings that are either rectangular or square or too long and with more than four floors is liable to inhibit collaboration.

For that reason Apple Campus Two will be circular in shape with plenty of opportunity to walk around and see lots of green fields outside.

Even before planning permission has been officially granted, a team of landscape designers can be seen observed already hard at work around the state planting and training  the 7, 000 fruit, oak and olive trees that will eventually grace the site, according to Oppenheimer. These trees more than anything else will be in a monument to Steve Jobs who was known for his passion for trees. By planting so many including more than 2, 500 new and indigenous trees that truly belong in California, Apple are helping to reconstitute  the beautiful orchards that once made up this valley.”

In addition, Apple CampusTwo is being planned to be among the most environmentally sustainable developments on such a considerable scale anywhere on the planet, designed to use 30 percent less energy than any  corporate building situated in the state. The campus will be powered by 100-percent renewable energy, with the bulk produced on-site.

Among the many features that will make Apple Campus Two a major landmark will be a revolutionary above-ground parking structure enclosed with photovoltaic solar panels to provide energy, a completely round auditorium for presentations, a fully equipped fitness center as well as a number of other employee perks.

The campus is up for final approval on October 15 at a Cupertino city council meeting.

Peter Oppenheimer was born and raised in California. Oppenheimer graduated with a Bachelor’s degree with honors from California Polytechnic State University in Agricultural Business later earning his M.B.A. from Santa Clara University again with honors. Oppenheimer is a member of the Alpha Gamma Rho fraternity.

Oppenheimer spent the early part of this career with international accountancy practice Coopers and Lybrand (now PricewaterhouseCoopers) specialising in Information Technology where he gained considerable experience, particularly managing financial systems for clients engaged in the telecommunications and banking industries.