Weill  has topped off the appeal that will allow the wing, five years in construction, to be finally completed. 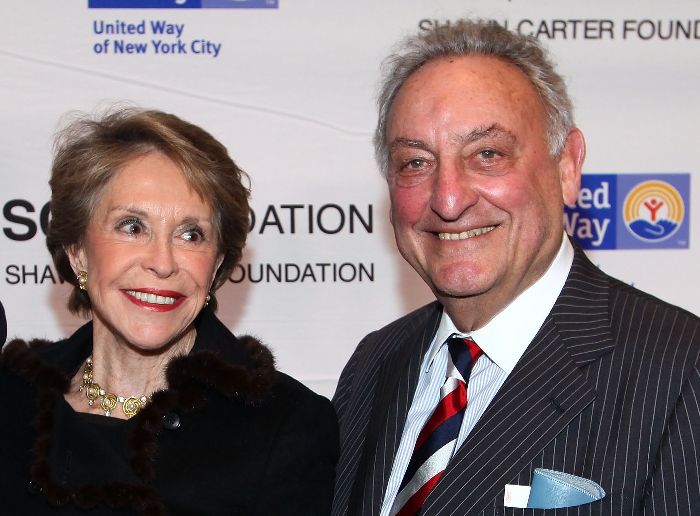 Sandy Weill who,  through his Weill Foundation, has donated hundreds of millions to charities throughout the world recently made public his philosophy about giving.  According to Sandy and his wife  Joan, philanthropy is much more than just writing a check and more about  donating  time, energy, experience, and intellect to the causes and organizations you are passionate about.

Sonoma Valley Hospital  is about to benefit from the Weill’s philosophy with the $1 million gift that they have just received will allow them to complete their fundraising campaign organized to raise funding the hospital’s new and vitally important $46 million emergency room and surgery center. The center is due to be unveiled in the middle of November this year. Most of the cost of constructing the 12, 243-square-foot wing was met by a $35-million general obligation bond in 2008 with the remaining $11million being raised through donations.

Sanford and wife Joan Weill  have owned a home in Sonoma, California  since 2010.

Announcing his donation  Sandy commented that he and his wife both love living in Sonoma and are happy to show our commitment to this great community, which has welcomed us so warmly, ” “We believe having a good local hospital is essential and we want to help Sonoma create a modern Emergency Center that will be an asset for the entire Sonoma Valley.” Weill wound up his statement.

Sanford “ Sandy”  Weill was born  and raised in  Brooklyn, New York. After completing military school at  Peekskill Military Academy, Weill went off to study   at Cornell University where he graduated with a Bachelor of Arts degree in government in 1955.

After graduating from Cornell University,  Sandy Weill went to work with merchant banker, Bear Stearns where he gained his  license as a finance broker.

After five years learning the ropes at Bear Stearns, Weill got together with a friend, Arthur L. Carter who at that time was employed by  Lehman Brothers. The pair got together with Roger Berlind and Peter Potoma to form Carter, Berlind, Potoma & Weill in 1960. However two years later, Potoma left the partnership and the firm shortened their name  to become  Carter, Berlind & Weill.

Over the next ten years the partnership was to change its name a number of times due to comings and goings of partners as well as amalgamations with other companies eventually evolving to become  Shearson Loeb Rhoades,   one of the largest security brokerage companies on Wall Street with working capital totaling $250 million.

In 1981, American Express  acquired  Shearson Loeb Rhoades paying out around $900 million in stock for the company.

Sandy Weill took some time out from Wall Street to  found the National Academy Foundation in conjunction with the Academy of Finance. The goal of the foundation was to educate students due to graduate from High School.

In 1983 Weill was invited to take up the role of president of American Express Co., as well as chairman and CEO of their insurance subsidiary, Fireman’s Fund Insurance Company.

Weil remained in the post for just two years,  later going on to invest  in modest consumer finance company by the name of  Commercial Credit, where he took over the role  as CEO of the company. After a period of reconstruction and expansion Weil led Commercial Credit hit the road to success, Weill began a major acquisition drive, picking up a number of major insurance companies, growing the company in leaps and bounds to the succeeded in it re-acquiring his former company, now known as Shearson Lehman from American Express, paying out  $1.2 billion.

At the end of 1994, Sandy Weill completed the takeover of  Travelers Corp, in which they held a partial interest, changing the name of his group to Travelers Group Inc.

Over the next three to four  years Travelers Group Inc. continues to expanded dramatically acquiring some of the largest companies on the US financial scene paying out billions of dollars in the process, eventually merging with  banking giant  Citicorp in 1998. Weill remained with the company till 2002.

Sandy Weill is as well known for his philanthropic deeds as much as his business acumen, having served  as a trustee Cornell University  for a number of years, and having endowed the capital to form Cornell’s medical school, which is now known as the Weill Cornell Medical College, with Sandy and his wife Joan  personally contributing $250 million towards the costs

Almost 15 years later, in September of  2013, Joan and Sandy Weill and the Weill Family Foundation announced that they will be donating a further $100 million gift to the Weill Cornell Medical College.

As well as their many charitable deeds throughout the United States covering a broad range of spectrums the Weill Family Foundation made a major donation to the  Rambam Medical Center in Haifa, Israel amounting to $10 million, with the same sum being  donated to the American Friends of the Rambam Medical Center in order to support the Israeli-Palestinian Friendship Center as well as enable the hospital to better provide medical treatment for residents of both the Gaza Strip and the West Bank while making residential hostel facilities available to their families during the time that they are being treated.