Harel Insurance (Harel) and Clalit Health Management Services (Clalit) have filed a claim in the District Court in Lod in Israel. They are claiming an amount of NIS 8.5 million ($2.36 million) against Roche Diagnostics (Defendant), a division of Swiss multinational company Hoffman-Laroche who make the “Accu-Chek Sensor Comfort” test strips used for testing blood glucose levels, including in new-born babies.

This claim is for indemnification aganst financial damages to the plaintiffs caused by a successful suit brought against them by the parents of twins born at the Kaplan hospital in 2001, which is owned by Clalit who are in turn insured by Harel. The claim relates to serious mistakes alleged to have been made by the hospital when using the Accu-Chek product to test the twins after they were born. 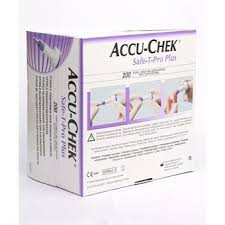 The claim alleges that after use of the test strips in that case, following the official procedures then recommended by the Defendant, the strips nevertheless failed to indicate the true, very low, glucose level value and showed instead a completely false high result, leading subsequently to dangerously low glucose levels as treatment was not appropriately adapted. This was alleged to have then caused hypoglycemia (low glucose) in both twins leading to physical deficits including irreversible brain damage.

According to the plaintiffs there had been a similar occurrence of false readings by such test strips in the year 2000, but the Defendant did not publish modified procedures until years later. Only in 2007 did the Defendant interdict the use of their test strips when the reported measured value is extremely high and a patient nevertheless does not respond to treatment, or laboratory tests separately indicate a lower value, indicating the test strip should not be used at all because of the possibility of a condition known as galactosemia.

Galactosemia is a rare genetic disorder that inhibits the body’s ability to metabolize blood sugar. According to the plaintiffs this critical piece of information could have saved the twins from serious health damage. They also state the Defendant published the issues already allegedly known to them from the earlier 2000 problem case only three years later, and did not actually update their own documentation for using the test strips themselves, to highlight the potential for false measurement issues possibly relating to galactosemia, until as late as 2007.

Thus with this claim Harel and Clalit are now asking for recompense from the Defendant for the financial harm they suffered when they had to compensate the family of the twins for using the Defendant’s test strips. All this because the Defendant allegedly negligently failed to clarify that infants suffering from galactosemia may result in critically high levels of blood glucose being falsely indicated by their products.