Hochschild picked up a further 16.9m shares in Hochschild Mining paying out just under $40 million. 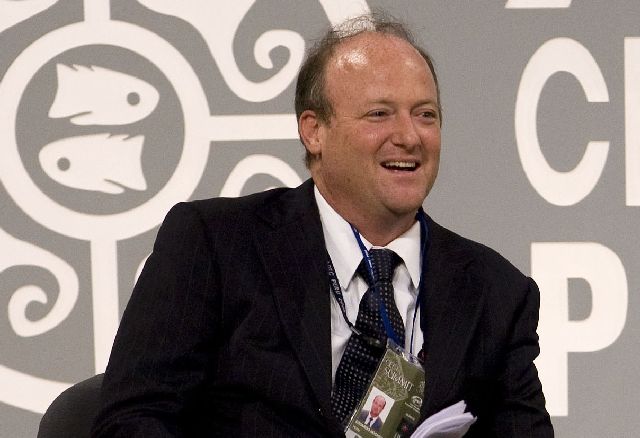 Eduardo Hochschild, the Executive Chairman of Hochschild Mining, this week made a minor dimple in his estimated $2.1billion fortune, buying a further 15 million shares in the company at approximately 25 cents each upping his shareholding in the company to just below the 200 million mark.

Hochschild’s share purchases were made as part of an agreement arrived at during the last few days by Hochschild Mining, when they acquired the remaining shares of two gold and silver mines in Peru from a local partner, the International Mineral Corporation (IMZ).

In order to complete the transaction Hochschild Mining, whose shares are traded on the London Financial Times Stock Exchange ( FTSE ) 250 group, received requests from a an unnamed financial institution from whom they hope to raise between fifty to one hundred million dollars in long term financing , that Eduardo would increase his shareholding in the company as a condition.

As part of the agreement Eduardo Hochschild was asked to provide an irrevocable undertaking to vote all of his current shareholding (at that stage 54% of the currently issued share capital and now sitting at more than 60%). In addition Eduardo will also have to vote in favor of the transaction using the power of attorney that he holds in shares in Hochschild Mining that he is indirectly subscribed to as part of the placing.

Voting in favor of the IMZ acquisition is due to be held at an  extraordinary general meeting in the very near future.

Hochschild also revealed that the company has succeeded in securing $340 million in bridge financing facility in order to complete to complete the takeover of IMZ. Currently Hochschild Mining holds a 3.2% shareholding in the company.

Eduardo Hochschild was born and raised in Lima, Peru the son of Luis Hochschild, nephew of the group’s founder, Mauricio Hochschild.

After completing high school, Eduardo was sent off to study mechanical engineering and physics at the Tufts University in Boston, returning to join the family business in 1987, working his way through the various divisions of the company as was the family tradition.

In May 1998, Eduardo was suddenly catapulted into the hot seat at the company after being involved in what appeared to be kidnapping attempt, when the vehicle in which he and his father were traveling came under fire. Tragically Eduardo’s father Luis Hochschild was killed in the crossfire, and Eduardo was taken hostage, although he was freed after just six days. No details of ransom fees were ever released.

Eduardo Hochschild was just 32 when this tragic and unforeseen event occurred. Although he was being groomed to take over the role as chairman of the company, no one could have anticipated that it would be so early. However, Eduardo stepped into the breach as head of the Hochschild Mining Group, expanding its activities throughout South America.

In 2006 , Hochschild Mining was floated on the London Stock Exchange , the same year that Eduardo Hochschild was officially appointed as chairman and chief executive of the company, as well as becoming president and principal shareholder of Cementos Pacasmayo , the company founded by his father in 1949, which has grown to become and the second largest cement of Peru.

In 2012 Eduardo Hochschild oversaw the flotation of Cementos Pacasmayo on to the New York Stock Exchange, becoming the first Peruvian-based cement producer ever to have their shares floated on the exchange.