Accepting the award on behalf of the Wolfson family foundation will be Dame Janet Wolfson de Botton CBE, daughter and granddaughter of the founders. 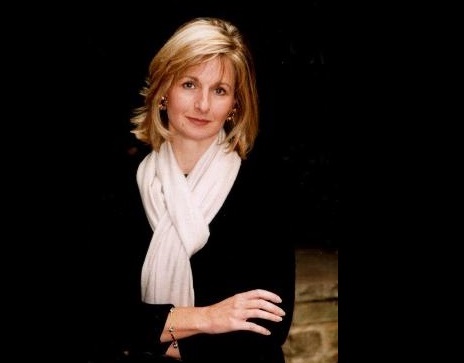 When Dame Janet Wolfson de Botton steps up to receive the 2013 Carnegie Medal of Philanthropy on behalf of the Wolfson family foundation she will have traveled back almost hundred years in history and a distance of around 40 miles in order to do so.

The 40 mile journey from Glasgow to Edinburgh in the central part of Scotland was one that her late grandfather Sir Isaac Wolfson must have made many times during the years following the First World War. Years when as a young and ambitious businessman he used all of his powers of persuasion and entrepreneurial skills to establish a furniture retail chain that was eventually to go to become one of the largest in the United Kingdom.

During the nineteen fifties, Sir Isaac Wolfson’s son Leonard formed the Wolfson Foundation and since then the foundation has continued to provide funding for numerous charities throughout the United Kingdom.

Now close to sixty years after the establishment of the family foundation, their philanthropic deeds are to be recognized by the descendents of a fellow Scotsman, Andrew Carnegie, whose family emigrated from Dunfermline, on the East Coast of Scotland to the US to escape a life of poverty, and went on to establish a huge fortune making them at one time the world’s wealthiest man.

The Carnegie Medal of Philanthropy trust was established in 2001 to mark the centenary of his retirement from active business life, with a charter to ensure that the medal would continue to be awarded biannually in recognition of the efforts of the world’s leading philanthropists. So important is this award to its recipients that it has been often described as the ‘Nobel Prize for philanthropy’,

Almost symbolically among this year’s recipients of the Carnegie Medal of Philanthropy is to the Wolfson family.

Organized by the Carnegie UK Trust, this year’s ceremony scheduled to take place on October 17th, will be held in the beautiful setting of the Scottish Parliament building, situated in the historic Hollyrood district of the city.

Dame Janet Wolfson de Botton, who has been chair of the Wolfson Foundation since 2010, will be among some of the world’s leading philanthropists who will step up to receive the biannual award, which is recognized by the presentation of a bronze medal as well as a highly impressive bust of Andrew Carnegie.

Among previous recipients of the medal are the Cadbury family, Bill and Miranda Gates, the Rockefeller family, the Sainsbury family and Michael Bloomberg the outgoing New York Mayor.

Ms. Wolfson de Botton, as well as her role as chairperson of the Wolfson foundation has also acted asa trustee of the famous Tate Gallery in London as well as chairperson of the Council of the Tate Modern gallery, in recognition of her place as one of Great Britain’s most prominent connoisseurs and collectors of modern art. In 1996, Ms. de Botton presented sixty works of art from a collection to the Tate Modern gallery

In recognition of her for charitable services to the arts Janet Frances Wolfson de Botton was appointed Dame Commander of the Order of the British Empire (DBE) in the Queen’s 2013 Birthday Honors list.

Advertisement. Scroll to continue reading.
In this article:Scotland, Finance