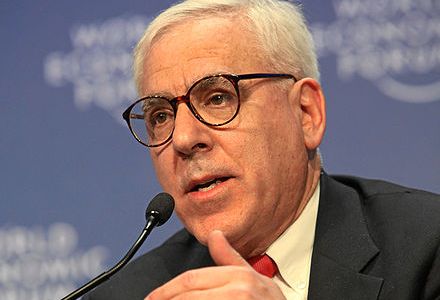 Just three months ago Carlyle closed its first such fund of Euro 350 million (about US$475 million). Both deals were initiated by Carlyle’s Structured Credit Team and Colin Atkins, Carlyle Managing Director and Head of European Structured Credit, said, “We are pleased to have established ourselves as a repeat issuer in the European CLO market and intend to be a continued presence as we are with our US CLO business.”

According to S&P Capital, aggregate CLO issuance in 2013 in Europe now stands at approximately Euro 4.5 billion (over US$ 6 billion) from 14 deals – making the two new Carlyle issues about 15% of the total issued there this year. Carlyle made its very first CLO purchase in Europe last year when it acquired management contracts on Euro 2.1 billion (about US$2.8 billion) in European CLO assets from Highland Capital Management in February, 2012.

Carlyle’s overall structured credit/CLO business had US$17.4 billion in assets under management as at June 30, 2013, including US$6.48 billion – or about 37% – of which are in Europe. The CLO business is part of the firm’s Global Market Strategies investment area, including mezzanine and energy mezzanine loans; high yield and structured credit; distressed equity and debt; and four hedge fund strategies (long/short credit, emerging market equities, macroeconomic and commodities).

The two new funds are a lot of money to manage and CLOs have again become a popular investment medium, despite falling into disrepute during the financial crisis of 2008 when mortgage versions of the product were serially abused in the United States by issuers, investment banks and traders alike. What they accomplish is to securitize packages of loans, each one individually secured, with varying degrees of individual and accumulated risk. The secret as always lies in the detail and the individual risk assessment, which is where the products went wrong in 2008 when systemic failure led to massive near and actual defaults.

In this case Carlyle states simply that their new European CLO funds are investing in “new issue and secondary market senior secured bank loans”. One can infer that this means buying packages of bank loans from banks interested for one reason or another in reducing the size of their balance sheets, including to improve their capital ratios in order to prepare for Basel III regulatory requirements. It would be very interesting simply to see the risk criteria set out in the offering memranda for these two new funds to see how they look at risk at Carlyle today.

The Carlyle Group is a global alternative asset manager with US$180 billion of assets under management across 118 funds and 81 fund of funds vehicles as of June 30, 2013. Carlyle invests in a variety of industries across four segments – Corporate Private Equity, Real Assets, Global Market Strategies and Global Solutions – in Africa, Asia, Australia, Europe, the Middle East, North America and South America.

Prior to forming the firm in 1987, Mr. Rubenstein practiced law in Washington, D.C. From 1977 to 1981 Mr. Rubenstein was President Carter’s Deputy Assistant for Domestic Policy. From 1975 to 1976, he served as Chief Counsel to the U.S. Senate Judiciary Committee’s Subcommittee on Constitutional Amendments.

Among other philanthropic endeavors, Mr. Rubenstein is the Chairman of the John F. Kennedy Center for the Performing Arts and a Regent of the Smithsonian Institution.

Mr. Rubenstein is also a member of several advisory boards including the Harvard Business School Board of Dean’s Advisors, the Board of Trustees of the Young Global Leaders Foundation, the Advisory Board of School of Economics and Management Tsinghua University and the International Business Council of the World Economic Forum.

In this article:Europe, Citibank, Carlyle, Finance