Siemens, Alstom, and ABB were part of the gas insulated switchgear cartel, which allegedly fixed wins in 50 IEC projects. 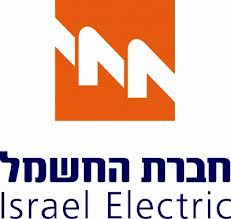 Sources inform ”Globes” that Israel Electric Corporation (IEC) (TASE: ELEC.B22) is preparing to sue Siemens AG (NYSE: SI; DAX: SIE) and its partners in the gas insulated switchgear (GIS) cartel for NIS 4 billion. The amount is more than double preliminary estimates by IEC, after its meticulous checks found that the damage caused by the cartel was much greater than initially thought. 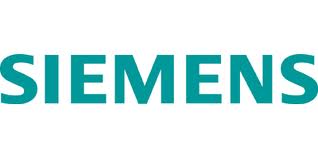 IEC will file the suit against Germany’s Siemens, France’s Alstom SA (Euronext: ALO), and Swiss-Swedish ABB Group AG (NYSE; OMX: ABB; SXZ: ABBN) in a few weeks, after the amount of damage is finalized. Siemens, one of IEC’s major suppliers, will be at the center of the lawsuit, which will also name Alstom and ABB. IEC has not yet decided whether to name the Japanese members of the GIS cartel, since the Antitrust Authority report on the case does not mention them.

Legal experts told “Globes” that the respondents will argue that the statute of limitation applies to the case. They note that only a few suits have been filed against the cartel’s members in Europe to date, possibly due to worries about countersuits or the success of out-of-court settlements. The damage the cartel caused utilities in Europe and around the world is estimated in the billions of euros.

The path to sue Siemens and its cartel partners opened in September, when Antitrust Authority director general David Gilo declared that there was a cartel in electricity infrastructures between 1988 and 2004. He ruled that this cartel, which was part of a global cartel in gas insulated switchgear affected the Israeli market, especially prices paid by IEC, which were passed on to consumers. Gas insulated switchgear is a critical component in protecting high and very high-voltage transmission lines from radical changes in voltage.

Gilo found that, between November 1988 and June 1999, the GIS cartel fixed wins in at least 50 projects in Israel, all of them for IEC. Gilo’s ruling means that the parties affected by the cartel can sue for damages in court on the basis of the ruling.

IEC today announced that an electricity consumer group has filed a NIS 2.7 billion lawsuit against the utility and the GIS cartel with the Central District Court with a request to recognize the suit as a class-action suit. Of the claim, IEC is being sued for NIS 412.5 million, for rolling the overpricing by the cartel on to consumers.
Published by www.globes-online.com

In this article:Finance, law suit