Hedge fund billionaire Simons and his wife Marilyn are due to receive their awards in a ceremony organized by the Carnegie UK Trust to be held next month. 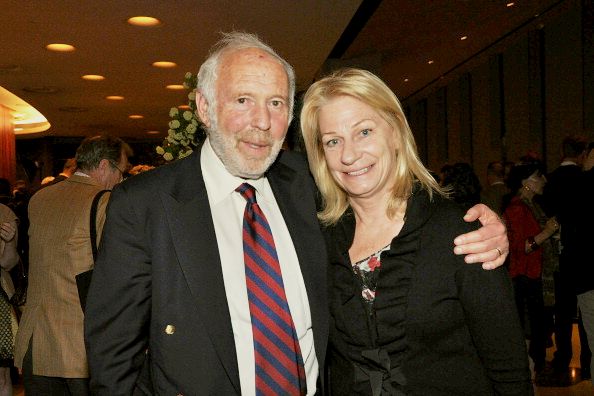 James and Marilyn Simons have been chosen by the Carnegie UK Trust, to receive a medal for their outstanding philanthropic deers, particularly in advancing the “frontiers of research in mathematics and the basic sciences.”

The Carnegie Medal of Philanthropy is presented to individuals recognized to have donated a large percentage of their personal wealth to charitable causes.

The Simons have donated hundreds of millions of dollars over a number years, particularly to help finance the study of math and theoretical physics at universities and laboratories across the country. One of their most outstanding acts of philanthropy was donating the sum of $150 million to Stony Brook University, where James Simons, a qualified mathematician, once headed the mathematics department before moving into the public sector.

The family’s charitable foundation has also committed $38 million to date in order to further research s related to autism in recent years, and has committed to spend another $100 million in what will likely become the largest private investment in of autism research.

The awards ceremony, organized by the Carnegie UK Trust, is a biennial event, with this year’s ceremony scheduled to take place on October 17th in the beautiful setting of the city of Edinburgh, Scotland, in the Scottish Parliament building, situated in the historic Hollyrood district of the city.

The ceremony has been switched to Scotland for only the second time in celebration of the 100th anniversary of the founding of the Carnegie UK Trust. During the course of the ceremony, James and Marilyn Simons will receive their award, a bronze medal and a highly impressive  bust of Andrew Carnegie.

Andrew Carnegie was born in Scotland in the nineteenth century, and moved to the United States as a young man, where he made a vast fortune in steel. After Carnegie’s passing, the bulk of the considerable $350 million fortune that he amassed was given to charity, with some of it set aside to perpetuate his memory as well as recognize the philanthropic deeds of others through awarding the Carnegie Medal of Philanthropy.

James Simons was born and raised in Newton, Massachusetts.

After completing his high school, Simons went to study for his Bachelor of Science degree in mathematics from the Massachusetts Institute of Technology, graduating in 1958, going on to become a Doctor of Philosophy, also in mathematics, from the University of California, Berkeley. Simons received his doctorate in 1961, when aged just 23.

During the mid sixties, James Simons was involved in research Communications Research Division of the Institute for Defense Analyses (IDA), leaving there to teach mathematics at the Massachusetts Institute of Technology and Harvard University.

In 1968, at the age of thirty, James Simon was appointed chairman of the math department at Stony Brook University in New York.

Ten years later, Simon left the world of academia for the private sector, establishing . his own hedge fund management firm, Renaissance Technologies, to trade in commodities and financial instruments on a discretionary basis.

Marilyn Simons, has been associated with non -profit groups, both in New York City and Long Island, where she is vice chairperson of the Cold Spring Harbor Laboratory.Mrs. Simons also acts as treasurer and was formerly president of the Learning Spring School in New York City. The school provides an educational framework for children suffering from autism

In this article:Renaissance Technologies, Finance, University of California, Berkeley