Teva sees the court preventing Mylan from launching its generic version of the Parkinson’s treatment before 2017. 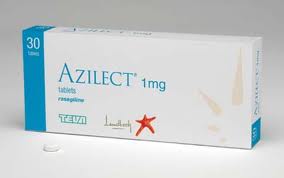 Teva Pharmaceutical Industries Ltd. (NYSE:TEVA) today announced the U.S. District Court for the District of New Jersey has issued a favorable ruling in the Company’s patent infringement lawsuit against Mylan regarding an AZILECT (rasagiline tablets) patent which covers methods of treating Parkinson’s disease (PD). The Court has upheld the validity of Teva’s patent. Teva anticipates the Court will enter Judgment that prevents Mylan from launching its generic version of Azilect® until Teva’s patent expires in 2017.

Teva filed a lawsuit suit against Mylan in October 2010. Similar lawsuits were filed against Watson and Orchid in October 2010, Apotex in May 2011 and Sandoz in April 2012. Teva reached settlement agreements with Watson, Apotex and Orchid earlier this year. Sandoz has agreed to be bound by a final judgment in the case against Mylan.
Teva is pleased with the ruling, which further confirms the strength of Teva’s AZILECT intellectual property rights. AZILECT has an established efficacy, safety and tolerability profile in PD patients since its launch in 2006 and Teva is confident it is well positioned in the marketplace.

Teva will continue to support the scientific community by further investigating the clinical profile of AZILECT® and offering important resources, education and financial assistance to patients and physicians through the Parkinson’s Support Solutions program.

AZILECT (rasagiline tablets) is indicated for the treatment of the signs and symptoms of Parkinson’s disease (PD) both as initial therapy alone and to be added to levodopa later in the disease.
About Teva

Teva Pharmaceutical Industries Ltd. (NYSE: TEVA) is a leading global pharmaceutical company, committed to increasing access to high-quality healthcare by developing, producing and marketing affordable generic drugs as well as innovative and specialty pharmaceuticals and active pharmaceutical ingredients. Headquartered in Israel, Teva is the world’s leading generic drug maker, with a global product portfolio of more than 1, 000 molecules and a direct presence in about 60 countries. Teva’s branded businesses focus on CNS, oncology, pain, respiratory and women’s health therapeutic areas as well as biologics. Teva currently employs approximately 46, 000 people around the world and reached $20.3 billion in net revenues in 2012.