Dispute with Dissident Shareholders Now Before An Arbitrator. 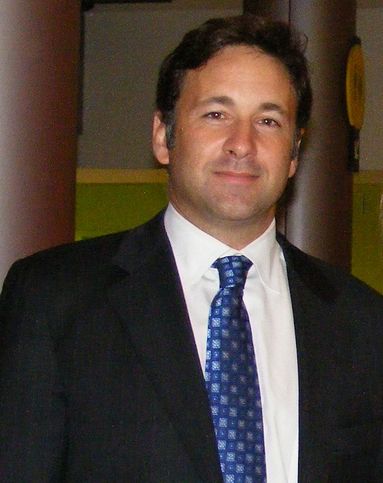 They largely operate outside of the public eye, but Barry and Adam Portnoy, another father and son real estate team, have quietly accumulated one of the largest and most diversified real estate empires in the country. Their holdings also include a control position in publicly listed CommonWealth Real Estate Investment Trust, a giant office REIT controlling 500 properties nationwide, in Hawaii and in Australia, with a total of 68 million square feet of space.

Today the Portnoys announced a new governance structure for CommonWealth REIT which they stated would specifically address investment community criticism of enormous fees paid to them for managing the REIT, which were previously paid every year regardless of the actual business performance of the company, by linking them in the future to the market capitalization of the company’s shares.

It seems to have taken a big tussle with some heavy weight investors to bring this about. Earlier this year, hedge fund Corvex Management, run by Carl Icahn graduate Keith Meister, and the giant New York real estate developer Related Companies, run by Stephen Ross, announced in February they had purchased nearly 10% of CommonWealth REIT’s shares.

The two investors then made a number of demands via a letter dated Feb. 26 to CommonWealth REIT’s board of trustees, which was made public. When making the announcement they also criticized the company, and threatened to unseat its board and to buy all its outstanding shares at “a significant premium”. Specifically, the Corvex Management and Related Companies letter delivered a scathing critique of the management structure and financial policies at CommonWealth REIT.

Immediately after their announcement the shares of CommonWealth REIT more than doubled to just over US$ 30, and have drifted down only about 25% in the seven months since then to about US$22.50 where they closed on Friday. 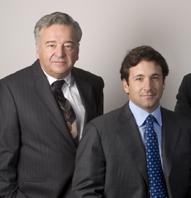 Among the complaints levied by Corvex and Related, CommonWealth REIT was criticized for paying some $336 million in management fees over the past five years to the company’s Boston based parent, REIT Management & Research LLC (RMR). The dissident investors claimed the payments were part of a strategy to boost the equity value, acquisition capacity and management fees at RMR, essentially at the expense of CommonWealth REIT’s other shareholders.

The investors also demanded the cancellation of a planned stock offering, though in the end this went ahead. However these conflict of interest issues plaguing the Portnoys have not died down in the period since. Then, in late June the Portnoys and the rest of the board were indeed voted out as the two dissident investors had threatened to accomplish. However in response the Portnoys have contended that the vote was “invalid” and was swayed by their opponents’ hedge fund “friends”. The next step towards legal resolution therefore is apparently to take the dispute to an industry arbitration panel, before recourse to the courts.

Perhaps in anticipation of where that might lead, today the Portnoys announced a proposed new governance structure for CommonWealth REIT which would specifically address the criticism of their enormous fees, previously paid regardless of their actual business performance, by linking them to the market capitalization of the company’s shares.

In addition more independent trustees are now promised and, as well, the elimination of staggered board terms and the company’s “poison pill” anti-takeover provisions. In an interview afterwards Adam Portnoy said this about the proposed changes:

“Over the last several months, we’ve engaged in very extensive dialogue with our shareholders, principally our long-term shareholders but also those who have been in the stock for just months” …“We think the things we’re committing to really address the majority of all of the issues that we’ve heard from our shareholders. It’s the culmination of an effort that has been coming on all summer.”

“I’m not sure I’ll ever satisfy everybody” he said. “But I think that we have addressed the vast majority, if not all, of the major concerns that shareholders have expressed about the company.”

At the same time, Mr. Portnoy it seems took the opportunity to get back a little at Corvex, calling Mr. Meister’s campaign emblematic of activist investors’ focus only on short-term performance.

“They talk a good game about corporate governance, but I don’t think they really care about it, ” he said, while insisting that Corvex’s campaign was not responsible for the changes at CommonWealth. “We’re doing what we think is the right thing for our long-term shareholders. It just happens to be most of the things they recommended.”

Not surprisingly Corvex and Related Companies have responded quite quickly:

“Today’s announcement is nothing more than hollow rhetoric and a desperate attempt to keep Barry Portnoy and his son Adam in control of CommonWealth” Corvex and Related said in a statement. “Shareholders should note that these “to-be proposed” governance changes contain widespread caveats and would not even be considered, if ever, until after the arbitration is expected to be completed.”

Meanwhile the stock market yawned at the announcements as Wall Street bid the shares back up 28 cents to US$22.78, valuing the whole company now at US$2.7 billion.

In this article:investors, US, stock, Finance, Related Companies