Research has shown that the evidence garnered through on-body cameras is much more efficient than that of in-car. 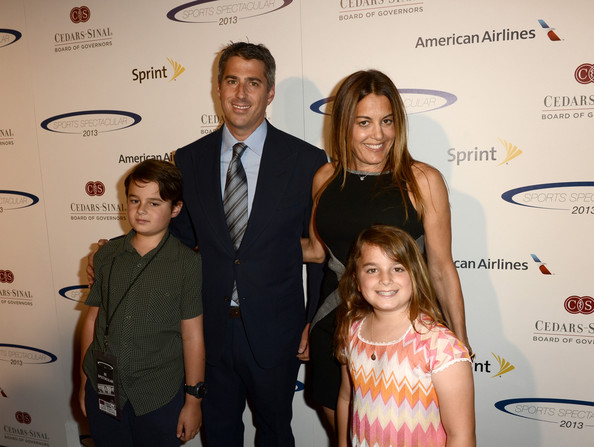 Los Angeles-based media magnate Casey Wasserman has pledged to donate $250, 000 towards an initiative organized by recently appointed head of the civilian oversight board LAPD Steve Soboroff towards providing lapel cameras for officers serving in the city.

“We don’t want to be a low-tech department in a high-tech world, ” Soboroff said. “That technology saves lives and money.”

Soboroff ‘s goal to provide officers with add on-body cameras will run alongside a too date unachieved longtime LAPD drive to equip the city’s 1, 200 patrol cars with video recorders, which has only reached a quarter of its target.

According to Steve Soboroff his latest initiative is intended to aid, not hinder, LAPD’s efforts to add cameras in cars, and that the use of lapel cameras would provide additional assistance to officers on auto patrol.

Already the LAPD have begun to make some field tests on lapel cameras with 25 different models due to be distributed to officers in the coming weeks for testing.

If all goes according to plan, thanks to donations from Wasserman and hopefully other philanthropists from the city, a minimum of 500 cameras will be purchased and could to work immediately

Recent research has shown that while in-car cameras are capable of capturing video to a high level that only effective in a limited area, in front of and inside patrol cars. On-body cameras are capable of capturing video wherever the officer on foot is capable of getting to, a very important factor which will be invaluable as an investigative and accountability tool, as well as a more flexible and less expensive option than an in-car video. The research, taken over a period of 12 months by an unnamed police department discovered that as a result of officers being able to bring back evidence of any misconduct, complaints dropped by close to 90%

As well as Casey Wasserman’s $250, 000 donation DreamWorks CEO Jeffrey Katzenberg has reportedly donated an undisclosed sum, with several other members of LA business and entertainment community reported to be also interested in helping to achieve Steve Soboroff’s target of $1 million.

Casey Wasserman was born and raised in Los Angeles, California.

Wasserman graduated with a Bachelor of Arts degree in Political Science from the University of California at Los Angeles (UCLA), after which he began his career as an investment banker.

In 1998, Wasserman left the world of investment banking to follow a career in sports, firstly by acquiring the franchise rights for the Los Angeles Avengers. Wasserman reputedly paid out around $5 million for the Avengers who played in the Arena Football League (AFL), the largest indoor American football in the United States, making him the youngest person ever to own a professional sports team.

Just four years later, Casey succeeded in negotiating  a groundbreaking national television partnership between the AFL and NBC television, which included a collective bargaining agreement for all of the players from all the teams participating in the.

Casey Wasserman also established Wasserman Media Group to deal in both sports marketing and talent management, increasing his presence by acquiring a number of management and production companies not only in the United States but across Europe.

Wasserman also acts as President and Chief Executive Officer of the Wasserman Foundation, a charitable organization founded by his grandparents Lew and Edie Wasserman. Lew Wasserman was the legendary head of MCA studios.