Upworthy, an online blog known for its “meaningful” viral content plan to use some of the capital injection to continue the development of its unique in-house data analytics system. 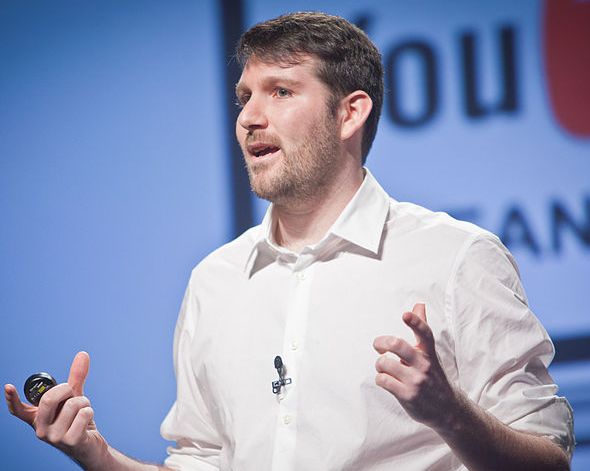 Eli Pariser, CEO of media site Upworthy, is well known for not being afraid to spread his views online. That’s the reason why Upworthy, the progressive social news website he founded in cooperation with Peter Koechley has become a major online attraction.

Upworthy was founded just 18 months ago by Pariser and Peter Koechley , who was formerly involved with The Onion, an online news satire organization.

Now Pariser and Koechley’s efforts have been given a major boost in their drive to expand the site’s coverage of certain topics important to them, such as parenting skills and the pursuance of higher standards of global health. Thanks to a recent funding of $8 million led by Spark Capital, among the earliest investors in Tumblr and Twitter, with Catamount Ventures, Uprising, and the Knight Foundation also taking part in the Series A funding round. The Knight Enterprise Fund was established 18 months ago by the Knight Foundation in order to promote investments in for-profit companies furthering innovation in journalism.

This injection of capital is in addition to previously raised $4 million in seed capital raised by from Chris Hughes of Facebook, Alexis Ohanian of Reddit, and BuzzFeed’s John Johnson.

According to Eli Pariser , this latest round of funding, will go a long way in helping Upworthy to increase the depth of its editorial content, whilst also allow the company to continue the development of its in-house data analytics system, which as the basis for measuring and creating virality levels.

According to Pariser, with their data analytics system Upworthy have succeeded in developing a tool capable of evaluating in real time how the audience is responding to particular content and compare their reaction against recently posted content, reflecting the owners desire to orientate Upworthy as a site that regards news as much in terms of technology as it does in terms of stories.

Some of the capital will also be set aside to promote audience development and sales, with Pariser admitting that the company has not seriously devoted too much energy monetizing the site.

With an average of more than 20 million unique visitors per month, Upworthy certainly seems to be moving both onwards and upwards.

Pariser’s left-wing political views became known in the internet world, while he was still a student, when he launched a controversial online petition calling for a non-military response to the attacks of September 11, Within the space of a month, half a million people had signed the petition.

Despite his burgeoning business career, Eli Pariser still remains very politically active, acting as board president for the MoveOn.org website, which he joined in November 2001. During the 2004 U.S. presidential campaign, Pariser was partially responsible for the creation of the Bush in 30 Seconds ad contest, which succeeded in raising more than $30 million from small private donors which helped to finance the Democratic Party campaign as well as number of other progressive candidates.

Pariser held the role of Executive Director for MoveOn.org during 2004 to 2008, after which he became President of the board.