Dr. Larisch, of the University of Haifa, has been involved in the study of a specific protein capable of  destroying cancer stem cells for the last 13 years. 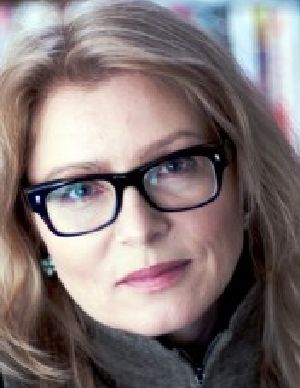 After more than ten years of intensive research Dr Larisch, along with her colleagues at the Biology and Medical Sciences department of the University of Haifa, where she is head of the department have announced the development of what they claim to be a more effective method for treating cancer for cancer, through the utilization of a protein known as ARTS.

ARTS is the shortened version of the name of a particular type of protein, which, when allowed to react in conjunction with a number of other proteins and enzymes, will cause a reaction known in the medical profession as apoptosis.

Apoptosis describes the process of programmed cell death which will inevitably occur when a cell becomes damaged, mutated or is no longer functional for a variety of other reasons. In these cases ARTS will act as a trigger that will eventually cause cell death, due to its presence allowing certain types of enzymes known as “caspases” to destroy the non-operational cell.

However according to Dr. Larisch’s research this process is missing in cancer cells, causing her to maintain that the ability to destroy this form of cancer stem cells could be almost regarded as the “holy grail” of cancer treatment. Ostensibly the ability to harness the effects of ARTS could eventually lead to a complete eradication of cancer.

To date Dr. Larisch’s research has exposed the fact that, unlike healthy cells, the ARTS protein is missing in cancerous cells.

According to Dr. Larisch, the absence of the ARTS protein in these cells, have rendered themselves incapable of the normal process of self-destruction that the body carries out, and as a result, cancer cells will not only survive but go on and develop into a potentially fatal tumor.

For that reason, Dr. Larisch and her colleagues have reached the conclusion that the introduction of minute molecules that are capable of simulating the presence of the ARTS protein in potentially cancerous cells could restore the body’s  ability t o selectively destroy these cells through using the natural process of apoptosis.

In a recent interview, Dr. Larisch stated that the ability to determine the levels of ARTS protein in blood would be capable of providing a definite indication on the development of certain types of cancers.”

“We have found that ARTS is particularly important for the death of defective stem cells and for that reason we have reached the conclusion that ARTS-based drugs will specifically eliminate cancer stem cells.” Wound up Dr. Larisch

Stem cells are those that drive the growth of a tumor. They are often found to be resistant to chemotherapy or radiotherapy treatments.

The alternative therapy suggested by Dr. Larisch would also minimize but not totally eradicate the unwelcome side effects of conventional cancer treatment. One of the greatest fears of cancer sufferers is these side effects brought on by treatment using chemotherapy or radiotherapy, while Dr. Larisch hastened to point out that “ ARTS-based cancer treatment drugs are only liable to destroy cancer cells. The reason being is the protein acts by specifically overcoming the defect in healthy cells self destruct reaction, which has been brought on by the low concentration or even absence of the ARTS protein in the blood stream,

Dr. Larisch recalls fast becoming aware of the Arts protein, was conducting her post-doctoral studies at the National Institutes of Health in Bethesda, Maryland in the year 2000. Such was the interest at the time that a paper describing Dr. Larisch’s discovery was published in the important medical journal “Nature Cell Biology” that same year.

Since that initial discovery Dr. Larisch has been involved in research on discovering how the absence of the ARTS protein is essential for cell death on a molecular level. Cancer research was Larisch’s initial interest, and in recent years has begun focusing activities on how to effectively utilize the information she has gathered over the last 13 years regarding the protein, to advance the development of novel methods for both early cancer diagnosis as well as its treatment.

Dr. Larisch and her colleagues are in the process of developing ARTS-based cancer treatment drugs; however she remains candid about the fact that her department is in need of more funding, in order to continue her research at the maximum pace.

To date her department at the University of Haifa has been the recipient of research funding from the Israeli Science Foundation, the United States – Israel Binational Research Foundation (BIRD) as well as number of private donors.

Sarit Larisch completed her medical degree at the Hadassah Medical School of the Hebrew University of Jerusalem, later going on to him her post-doctorate degree at the National Cancer Institute in the United States.

In addition to her position as the head of the Biology and Medical Sciences department at the University of Haifa, Dr. Larisch has also held the post of Visiting Professor at the Rockefeller University in New York for the past 12 years, working in tandem with renowned cancer  research scientist Professor Hermann Steller and his team.

In this article:Israel, Cancer, Finance