The official signing between Mikhelson’s Novatek and the  China National Petroleum Corporation (CNPC) confirmed the tentative agreement made in June. 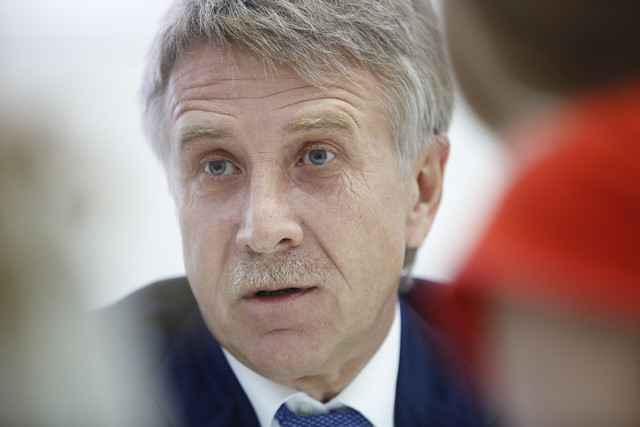 Leonid Mikhelson CEO  of Novatek was a happy man on Thursday of last week when, in the presence of Russian President Vladimir Putin and his Chinese counterpart Xi Jinping, the  China National Petroleum Corporation (CNPC) put pen to paper on their agreement to acquire a 20 percent stake in Novatek’s major LNPG project situated deep in the Arctic.

CNPC will be paying an undisclosed sum  to join forces with Novatek as well as France’s Total as partners in the projected $20 billion Yamal LNG project.

The importance of the signing was indicated by the fact that both Putin and Xi Jinping took some time off from the Group of 20 forum being held in St. Petersburg in the company  of leaders from the world’s largest global economies.

After the signing CNPC chairman Zhou Jiping released an official statement stating that the agreement that was signed marks an important step, and one that should guarantee a reliable source of ecologically clean energy resources for the fast-growing Chinese economy.

Despite the fact that Novatek are  now retaining just  60 percent of the venture,  Mikhelson  did confess to reporters at the meeting  that the company is currently in the a stages of negotiation with several candidates to further dilute their stock holdings, with the company looking to eventually be left with a controlling interest of 51 percent in the Yamal LNG project.

In order for the project to get underway Novatek and its  partners plan to build a plant capable of processing up to 16.5 million metric tons of LNG annually, with shipments due to get underway by in 2016. To understand the scale of the Yamal project, it will  also require the  construction of an airport as well as a seaport on the Arctic Ocean.

The scale of the project also indicates that ambition of Novatek, controlled by billionaire Leonid Mikhelson and his partner Gennady Timchenko, in their efforts to compete with  OAO Gazprom group who  currently enjoy export monopoly.

Leonid Mikhelson is one of Russia’s most successful industrialists, working mostly in partnership with  fellow billionaire Gennady Timchenko.

His principal interests are in  petrochemical producer Sibur Holdings, as well as owning around  25% of Novatek, where he acts as CEO.  Mikhelson has been involved in the management of Novatek since 1987, when they were principally involved in building infrastructures, particularly pipelines, roads as well as other industrial facilities.

Under his control , Novatek began to  build up their portfolio of  oil and gas production licenses, in many cases accepting them as a form of barter in leue of  payment for construction work carried out by the company.

In 2006, Gazprom acquired a 20% share in of Novatek from Mikhelson.

Mikhelson is estimated to have a personal fortune of around  $12 billion according to the Forbes magazine.