The satellite, the Amos 4, commissioned by Israeli communications company Spacecom was successfully launched from the Zenit launching pad in Baikonur, Kazakhstan. 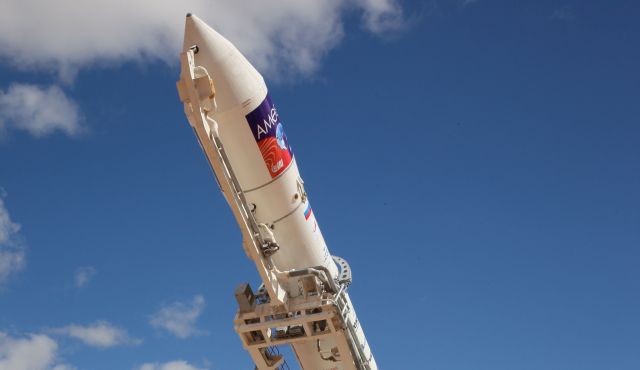 Amos 4, built for Spacecom by Israel Aerospace Industries was launched before the weekend, and is expected to take about two weeks to reach its designated orbital position of 67.25°E at an altitude of 36, 000 kilometers. After arriving at its designated
orbital position, the Amos 4 will remain there for a number of months, while technicians on the ground will credit a number of tests on its the us systems.

Following successful completion of these tests the satellite will be moved to its permanent orbital position, 65°E. From there it will provide a full range of satellite services for Russia, the Middle East as well as a number of other service areas. Amos 4’s mission, according to Spacecom, will be to provide you services such as Direct-to-Home, video distribution, VSAT communications as well as broadband internet.

According to a spokesperson from Israel Aerospace Industries, the Amos 4 is the “largest and most sophisticated” communications satellite in the country’s history. The satellite will utilize multiple transponders to enable “a wide range of cross-band, cross-beam connectivity options, ” according to a spokesperson from Space Communication Ltd. (Spacecom).

Yaakov Peri, Israel’s Minister for Science and Technology who viewed Amos4’s launch from a location in Israel stated that the Israeli space agency is expending its activity substantially, and the launching of this satellite is another landmark in the course the state of Israel has set out on to become one the top five leading countries in the field. “This is a true Israeli pride that proves to us, once more, that for Israeli technology – the sky is no longer the limit.” Minister Peri summed up

Amos 4 has joined the Amos family already in space, with another member, Amos 6 scheduled for launch in early in 2014.

In this article:Kazakhstan, Finance, satellite